I had to migrate to Our Ancestors II because I had exceeded my 3 gigabyte upload limit. But you should already know this if you are following Our Ancestors since 2009.

I found a way to post more images here. I just copy the post html code and voilà the result!

However I would suggest following also Our Ancestors II.

Most of our ancestors were just ordinary people whose names will never be found in history books.

This is why I had created Our Ancestors back in September 2009 to eventually make contact with distant relatives in the United States and Canada.

Little did I know that in September 2020 I would be contacted by Michael Meteyer, a third cousin once removed who had a lot to share.

Next Sunday, we will go back in time to Rochester, Monroe, New York, USA…

Here… with this photo.

This might be the final chapter on Our Ancestors as my 3 gigabyte upload limit for adding more images has been reached.

It would be a fitting finale for a blog I started in 2009. 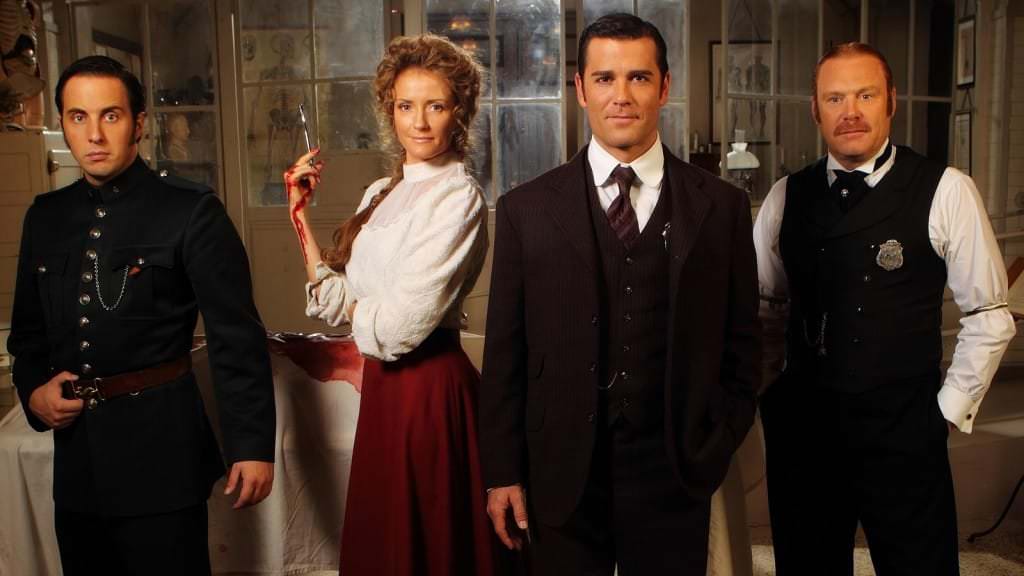 My wife and I have been watching Murdoch Mysteries on Netflix.

Amateur means I don’t make money with what I write on Our Ancestors about my research on our ancestors.

Looking once more at this photo shared in 2010 by my father’s cousin is a great way to reflect upon what I have been doing since 2007.

In 2010 I knew my great-grandfather Édouard Métayer was in the back with his wife Angelina Renaud and their son Joseph, but the three men in front had not been identified.

I had guessed that Elzéar Métayer, Édouard’s father, was visiting his son accompanied by his brother François-Xavier Métayer on the right and someone else on the left.

What made senses was that Édouard had lived with his uncle François-Xavier when his stepmother Delphine Chalifour did not want him around the house when she married Édouard’s father. At least that’s what my father’s cousin told me.

Now that hypothesis seems dead wrong because of someone’s moustache…

Arthur Métayer, Elzéar’s brother, would be on the right and François-Xavier Métayer, who became Francois-Xavier Meteyer from Rochester, Monroe, New York, would be in the middle.

I don’t have a photo of Francois-Xavier Meteyer who died in 1932, but I have something else I hope I can show you in the near future.

I know this won’t be the last chapter on Thomas Oscar Meteyer’s ancestors simply because there are Arthur Métayer’s descendants out there who have no idea of their ancestors… well maybe some do.

This is Arthur Métayer, Francois-Xavier Meteyer’s brother, and he could be the old man on the right after all…

The more I look at Arthur, the more I am now convinced Arthur is the man on the right on that group photo.

Arthur’s photo was shared in 2011, but I can’t remember who had shared it.

That person shared also a photo of Alberta, Arthur’s daughter.

When that person did, I tried to find all about her and I wrote about it here.

Looking for gold? Well search no more because Michael found some.

This is the first guest post on Our Ancestors.

Ancestry research is like a dartboard game in which the board is the size of Montana, and every square inch of it contains a relative, some more distant or proximate than others.

And every now and then, if you are lucky, or maybe if you are unconsciously directed by the ghosts and spirits of your ancestors, you make a direct hit, and open up a gold mine.

My siblings and I got lucky lately, thanks to the wondrous and indefatigable efforts of a newly discovered third cousin once removed, in Quebec. His name is Pierre Lagacé and he has been writing about our ancestors since 2009. But I did not know that until a few days ago.

1) A 17th century French Canadian legend and explorer, Jean Nicolet, born in France in 1598, and who travelled to New France in his twenties;

3) Their daughter, Madeleine Euphrosine Nicolet, who carried in her blood and memory, through her mother, the twinned pulses of living precariously in the primeval forests of New France; and, through her father, true tales of travels in Old France and its cathedrals and chateaus and palaces….

That photo is more than 105 years-old. It was shared in 2009 by Thérèse Métayer, my father’s cousin. Thérèse’s father, whose given name was also Édouard, was Juliette’s brother. Juliette was my father’s mother. I hope this is not too complicated.

Going back to this photo…

My father died in 1995 and I had no more contact with his family.

When I got reunited with my father’s family back in 2009, I met my father’s cousin Thérèse Métayer. She was the one who shared this old photo and copied what was on the back.

The whole Métayer family (on the right grandfather Édouard, grand-mother Angelina, the young man looks like uncle Joseph and in front I don’t know them.

Who wrote what was on the back?

Thérèse was clearly not the one because she would have told me. It was one of Édouard’s other grandchildren, but which one was it?

I have not found out who he or she was yet…

In 2009, Thérèse was happy to be reunited with her father’s past as well as her grandfather’s. But remembering the past can be somewhat painful.

So painful I guess what Thérèse had cut ties since 2010. The last time we saw her was when she had invited us for supper in her apartment.

Not everything is shared on Our Ancestors. Some anecdotes are funny, but some stories are best to be untold.

One funny anecdote Thérèse told me someone had told her was how her grandfather Édouard would bring the fire station horses into the house to get to the stable in the backyard for the night. Remember that Édouard Métayer was a fire captain, and I guess he could bring his beloved horses with him.

His daughter once had clean the floors and she had to clean them all over again.

Thérèse’s father probably the one who told her that anecdote about his father.

This is a photo of Édouard once again probably taken around 1925. He is the man wearing the white hat and has a cigar.

His wife Angelina Renaud is probably there with three of their children. The other man with the mutton chops is unknown.

I tried to figure out who he was but hit a brick wall.

Identifying people on old photos has been one of my obsession since 2007 when I saw old photos on my mother’s side of her family.

Everytime someone was sharing old photos since 2007 I would add them on my family tree and I would start finding who those people were and who were their ancestors and descendants.

This is how my family tree grew and grew.

This is one picture that was shared by someone else that I can’t remember. His or her ancestor was also a Métayer.

This is Arthur Métayer, Elzéar’s brother. I know all about Arthur Métayer and his children and even his grandchildren. I believe one of his descendants had shared several old family photos in 2011. I will probably share them here later and I hope you won’t get addicted…

Next time, more about the 1914 photo and who I thought were the three men in front.

After writing more then 1,500 posts on Our Ancestors I thought the end was near.

I wrote about how I met Paul and how we became more than virtual friends.

Then, in September, Michael Meteyer wrote a comment which rekindled my interest about sharing the research I had done in 2010 and 2011 on the Métayer family.

Before I write on Michael Meteyer’s ancestors, this is what I had written on November 2009 about my great-grandfather Édouard Métayer. It was one of the first posts I had written on Our Ancestors which is the English version of Nos ancêtres.

How I came about to write an English version is here.

This is the picture that is hanging on the wall in my office.

It is the picture of Édouard Métayer. He was a fireman and made captain in 1911. Édouard is the father of my paternal grandmother Juliette Métayer. Édouard died on April 2, 1928, on the eve of his 34th anniversary as a Montreal fireman.

The only memory I had as a child was a framed picture of this fireman in an old apartment on Mentana Street in Montreal back in the 1950s. My grandparents were living there. My grandsparents were poor and I knew little about them. My grandmother Juliette had told me that her father, Édouard Métayer, had died when he tried to stop the horses while responding to a fire alarm. The horses were scared by a train that was coming.

That is all I knew. At that time, I was around seven or eight years old. Fifty years later, after a lot of research, I know a bit more… well quite a lot more…

And everyday now Édouard Métayer is smiling at me in my office.

This man is the reason I started looking for my ancestors. Next time, I will show you another picture.

End of the original

This is their father.

Michael is wondering what his grandfather was thinking when that photo was taken. I can’t be sure, but I think Thomas Meteyer’s father was mighty proud of his son.

But before we do, Michael and I will be remembering Thomas Meteyer’s grandfather François-Xavier Métayer who I first thought was the man of the right in front of my great-grandfather Édouard Métayer.

I wonder what Édouard was thinking back in 1914…