Written a few years back…

I can’t believe I was doing this!

Remember these old framed pictures sent by a far far away distant cousin?

Do you remember how I ended my last post?

This is the fascinating search in the past of the history of descendants of Pierre Quesnel, one of the founding father of Montreal or descendants of Ignace Martel who I have not the faintest idea who he was when I started looking.

In my almost obsessive search last Friday for someone’s ancestors who is related to Anna Martel married to Archie Quesnel, I found an Ignace Martel who finally led me to Anna Martel’s parents?

The Ignace Martel whom I found in my obsessive research was the son of Salomon Martel and Josephte Leveque. I was not sure if I had the same Ignace Martel that I had found on a 1900 census page listed as the father of Joseph Martell.

I just had to find out.

This Ignace Martel married Melina Janson dite Lapalme on July 12th, 1853 in St-Esprit, in Montcalm county, in the province of Quebec. 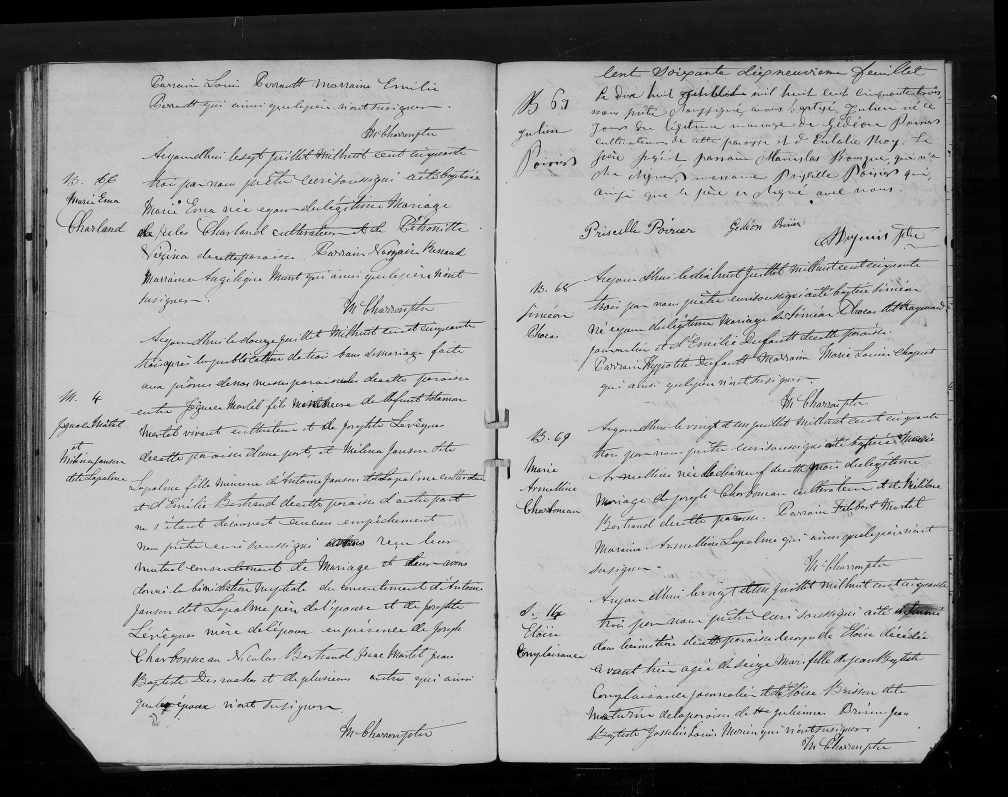 While I was looking at some Ancestry hints which appeared when I entered his file, I stumbled upon this image from someone’s Ancestry tree who might be one of my very distant relatives since Archie Quesnel’s sister was married to a DeLagasse.

The same person had also this picture of a woman named Mary Masta. 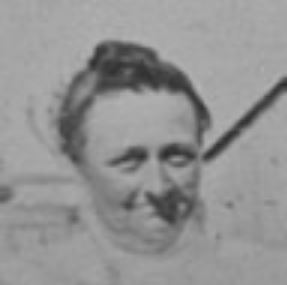 And a man named Joseph Martell.

He also had a Mary Martell…

And a John Martell… 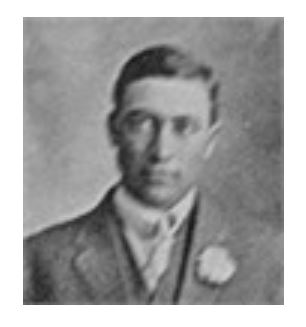 There has to be a connection somehow isn’t?

Mary Masta I now believe has to be Mary Martell in Joseph Martell’s household on June 11th, 1900, and Ignace Martel the father of Joseph. 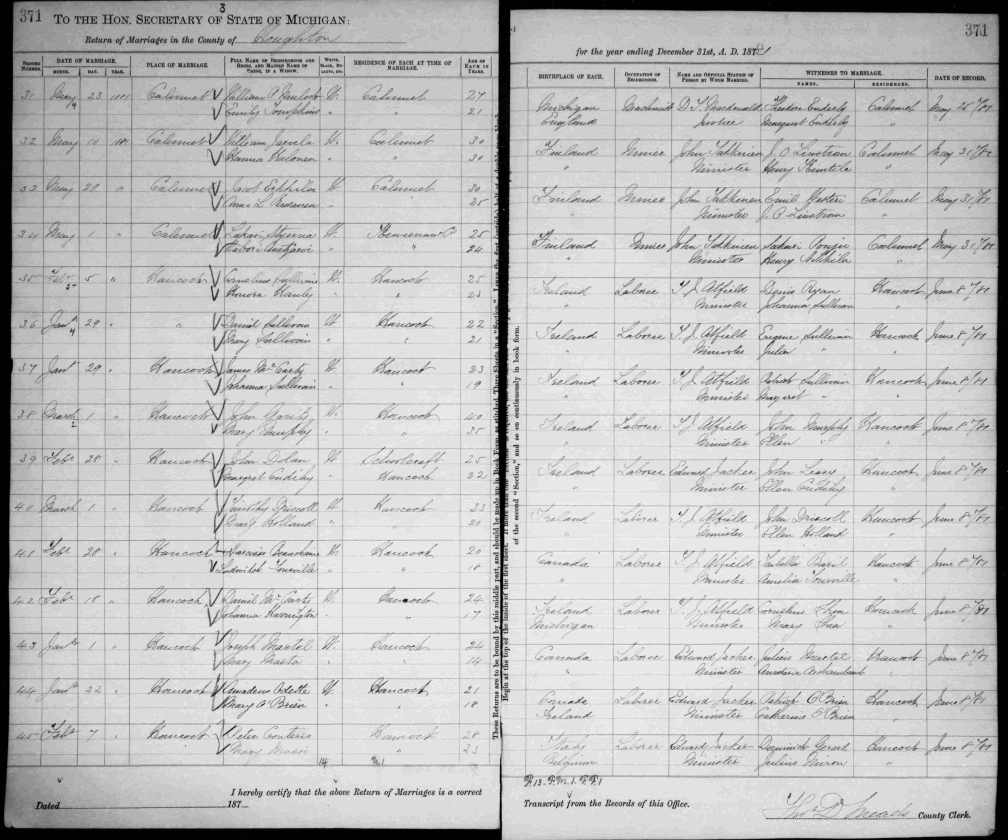 With this information I went looking for someone with the name Joseph Martel born around 1854 in the 1861 Canadian census.

The Martel family and the Masta familie were neighbours and there was a little Joseph Martel born in 1856 (according to the census)!

Could this be a break in my investigation?

How about finding a four year-old Mary Masta in the 1871 Canadian census?

I thought you would never ask…

Now who could be the lady on that wedding picture with the best man John Martell?

So many unanswered questions isn’t?

Before I forget here is the marriage certificate of Mary Masta’s parents Toussaint Masta and Odile Martinet.

And Mary Masta’s birth certificate. We now know she was born on October 21st, 1867 in St-Esprit.

I believe this is Anna Martel

Written a long time ago on Our Ancestors…

A far and far away distant cousin sent me these old pictures and told me I could post them here on Our Ancestors with the hope of putting a name on these unknown people.

She and her distant cousins back in the United States have no idea who they are. For all they know they might be related to the Martell family or the Quesnell family who emigrated in the U.S. in the 1800s. Here is the wedding picture of Archie Quesnell and Anna Martell.

Fascinating search in the past of the history of descendants of Pierre Quesnel, one of the founding father of Montreal, or descendants of Ignace Martel who I have not the faintest idea who he was.

The power of an old photograph…

The one thing I can say about the current state of shelter in place is that unfinished projects seem to be all around and calling out to be completed. In that vein, I have been working on family photographs and getting them organized, so in the future, there can be no doubt about who, what, […]

via “I Have a Photograph” — Moore Genealogy

My great-great-grandfather Stanislas was born on February 16, 1816 in St-Louis-de-Kamouraska parish, but not his younger brother Pierre and several of his other siblings.

Pierre Lagacé, born on November 3rd, 1824, was baptised on November 4th under the name of Pierre Minier, son of Antoine Minier, cultivateur (farmer) and Ursule Cordeau.

Justine was born on May 18, 1819 in St-Antoine-sur-Richelieu as well as Tharsile, Émilie, and Antoine-Cyriac. Tharsile and Antoine-Cyriac died as infants and Stanislas was old enough to witness the two infants who died one after the other.

So on Wednesday November 3rd, 1824 Stanislas must have been quite apprensive for an 8 year-old boy as well as at Christmas time when little Émelie died on December 18.

Five more children would be born after Pierre, but with only Ursule surviving.

His sister Ursule would die in Henryville on March 31, 1845 just a few weeks after her husband’s death on February 26, 1845. Ursule was just 17. No information about how they died was found in the church records. 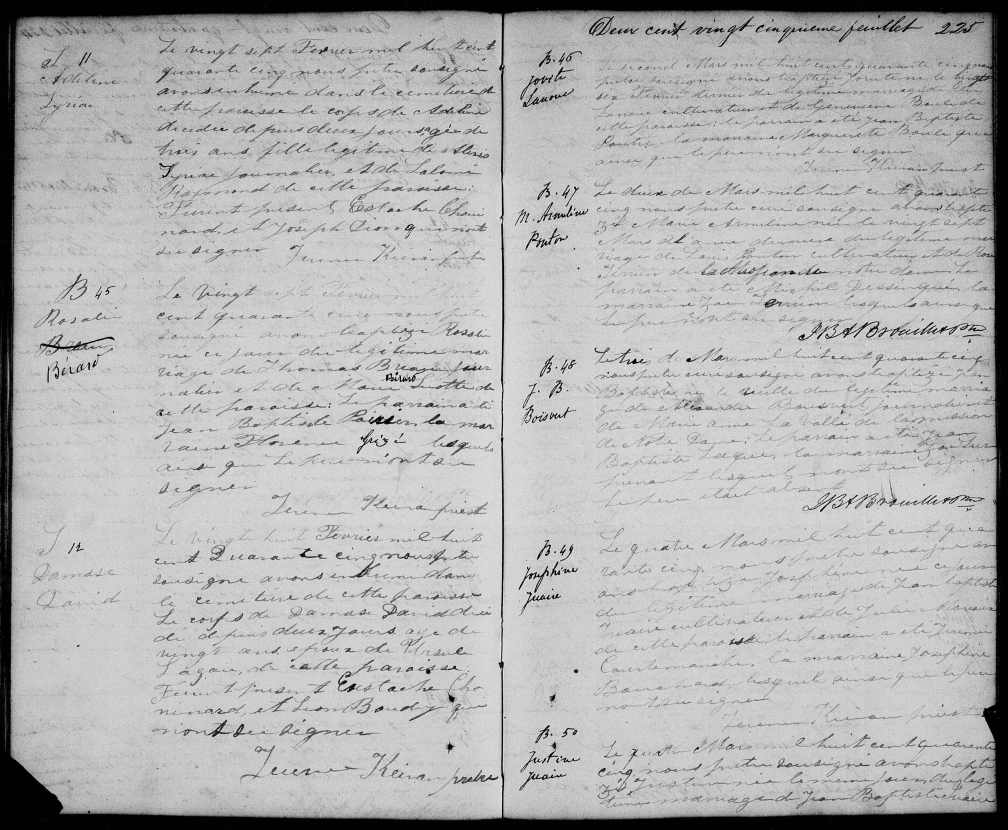 As you can see deaths had always been a big part of my great-great-grandfather Stanislas Lagassée’s life. Stanislas Lagassée living on 22 Conlon Street in Bristol, Connecticut, died from mitral insufficiency on March 26, 1900.

In the marriage records Ursule Cordeau was said to be une fille mineure (a minor daughter) as well as Stanislas when she married him in 1813.

However the only possible Ursule Cordeau dit Deslauriers I could find with the same parents was born on June 8, 1789 in Kamouraska. In 1813 she would have been 24 years-old not a minor and be under 21.

Searching for another Ursule born after 1789 or one who had died young in the parish records proved fruitless. However as I was giving all hope of finding out when Ursude had died…

On the twenty-fifth day of February, one thousand eight hundred and sixty-two, we, the undersigned priest, have buried in the cemetery of this parish the body of Ursule Desloriers, wife of Antoine Lagassé of this parish, who died two days ago, at the age of seventy-three. Present at the burial were Michel Morin and François Moreau who were unable to sign.

What you see highlighted in green is who were Stanislas and Pierre’s siblings in 2009. There was very little on the Internet about the family of Antoine-Nicolas Mignier dit Lagassé and Ursule Cordeau dit Deslauriers.

Genealogy was just evolving as many people were becoming amateur genealogists.

Ancestry was in its infancy as well as My Heritage. Scant information could be found on census pages leading to infamous brick walls. Parish registers were becoming available but you had to have good eyesight and good knowledge of French.

This is the definite proof that Pierre Lagacé (Lagassé) was born on November 3rd, 1824.

A closer look reveals he was baptised on the 4th of November, 1824 in Kamouraska. Pierre Bourgeois was his godfather and Marguerite Paradis was his godmother.

Pierre would marry Marcelline David on February 4th, 1850. His father was present and his brother Stanislas (my great-great-grandfather) was also present. Both Stanislas and Pierre were able to sign their names.

Which is proof that even parish records have errors…and even headstones.

If you are wondering about this…

It tells a lot about my great-great-grandfather Stanislas Lagacé’s early life.

Staying safe at home since March 11, I read a lot about what’s happening in the world.

A few weeks ago Dennis sent me this photo of Joseph Lagacé and Salomé Pollender’s four daughters.

As usual I had entered all this information and proceeded to find more about them just in case someone might contact me on Ancestry.

Dennis sent me this yesterday.

An obituary for Edgar Lagacé…

and an image of a headstone.

Edgar is the four daughters’ brother. As usual I had entered all this information and proceeded to find more about Edgar and Exilda just in case someone might contact me on Ancestry.

I also posted Emma’s photo on Find A Grave.

I also linked her to her husband Émile Pollender.

Using Find a Grave and updating memorials is how Dennis made contact last month.

I noticed the picture you submitted in Findagrave about the seven Lagasse brothers. My grandmother was a Lagasse and I am descended from Joseph Lagasse, one of those brothers. Do you know the identities of all the brothers in that picture? I’d like to know.