I have been quite busy since the last post in July.

I got a message on Ancestry last week. It was about the Myers.

Since 2014 I have written a lot, but not much about the Myers family seen on a census page. The reason is quite simple since the Myers family was in fact the Maher family who were descendants of Abraham Maher and Victoire Lagacé. But the Maher story does not end there as Maher could have been Myers after all.

Without further ado, let’s us take our time machine and visit Colchester, Vermont, on Septembre 19, 1850, and what I wrote in 2014.

Are you ready for this?

You will have to bear with me because I am going to go step by step in all this search for Anton Cayo’s ancestors even if it takes the whole year. I will focus only on the Cayos unless someone related to Aldéi Lord’s ashtray contacts me. 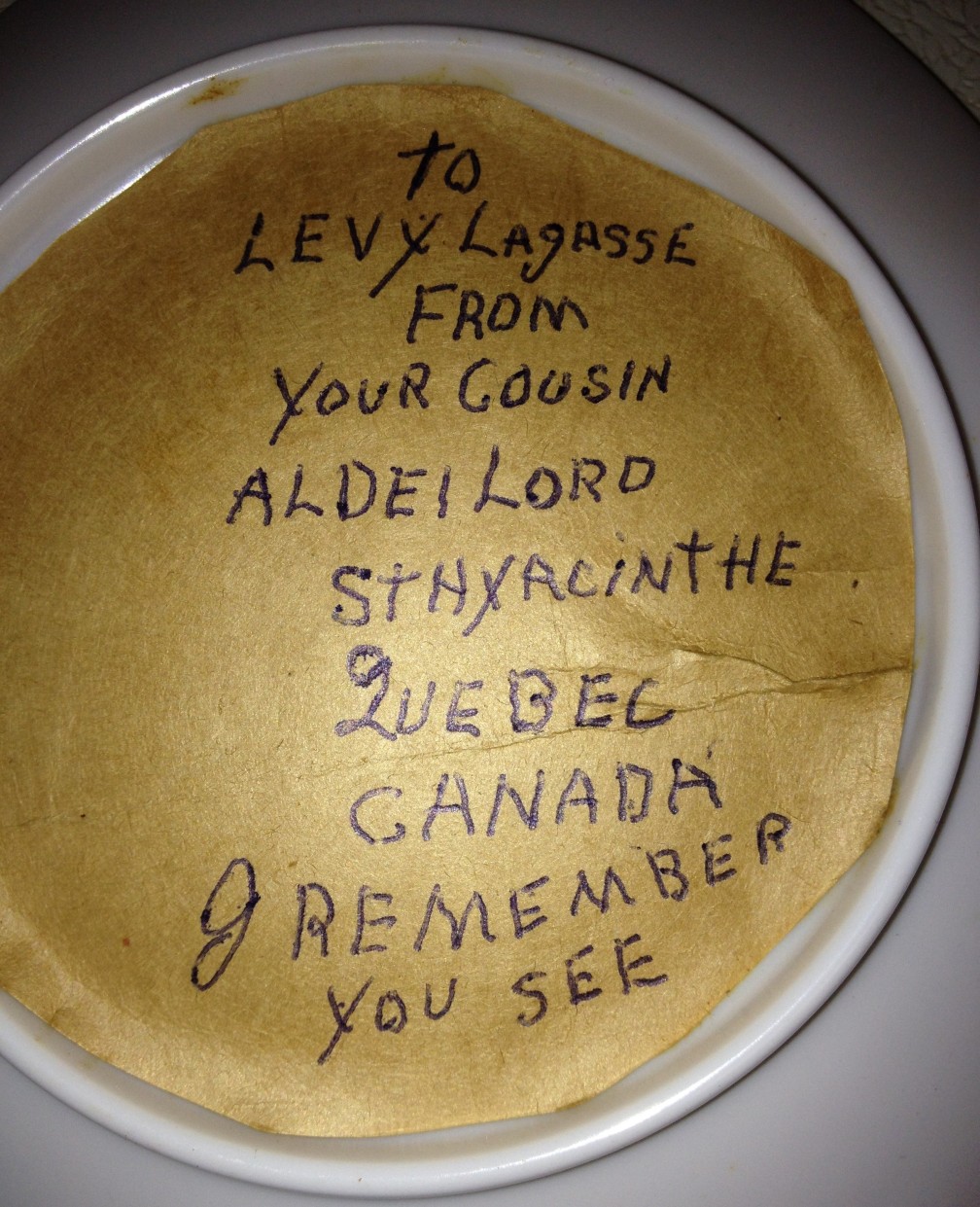 This being said let’s have a close look at clue numero uno. These Cayos are not Spaniards, nor Mexicans…

There is a family on this census page.

All the family members were born in Canada according to this census. Censuses are not always a reliable source, but in this case, I will use them and proceed cautiously.

The wife of Peter Kayou is Frances. She’s 45 years and thus would have been born around 1805.

She is probably Françoise Trudeau. I can’t think of any alternative for her given name except Françoise.

Peter is of course Pierre.

This is a no brainer…

The name Kayou is most probably Cadieux. People back then would prononced it Caieux or Cayeux, dropping the “D”.

Who are the chidren in this family?

There was also a Cordelia in this family. She was born in 1834.

Where would Cordelia Cadieux be?

Well, she would be just next door with the neighbors baby-sitting little Julia Lord of course! 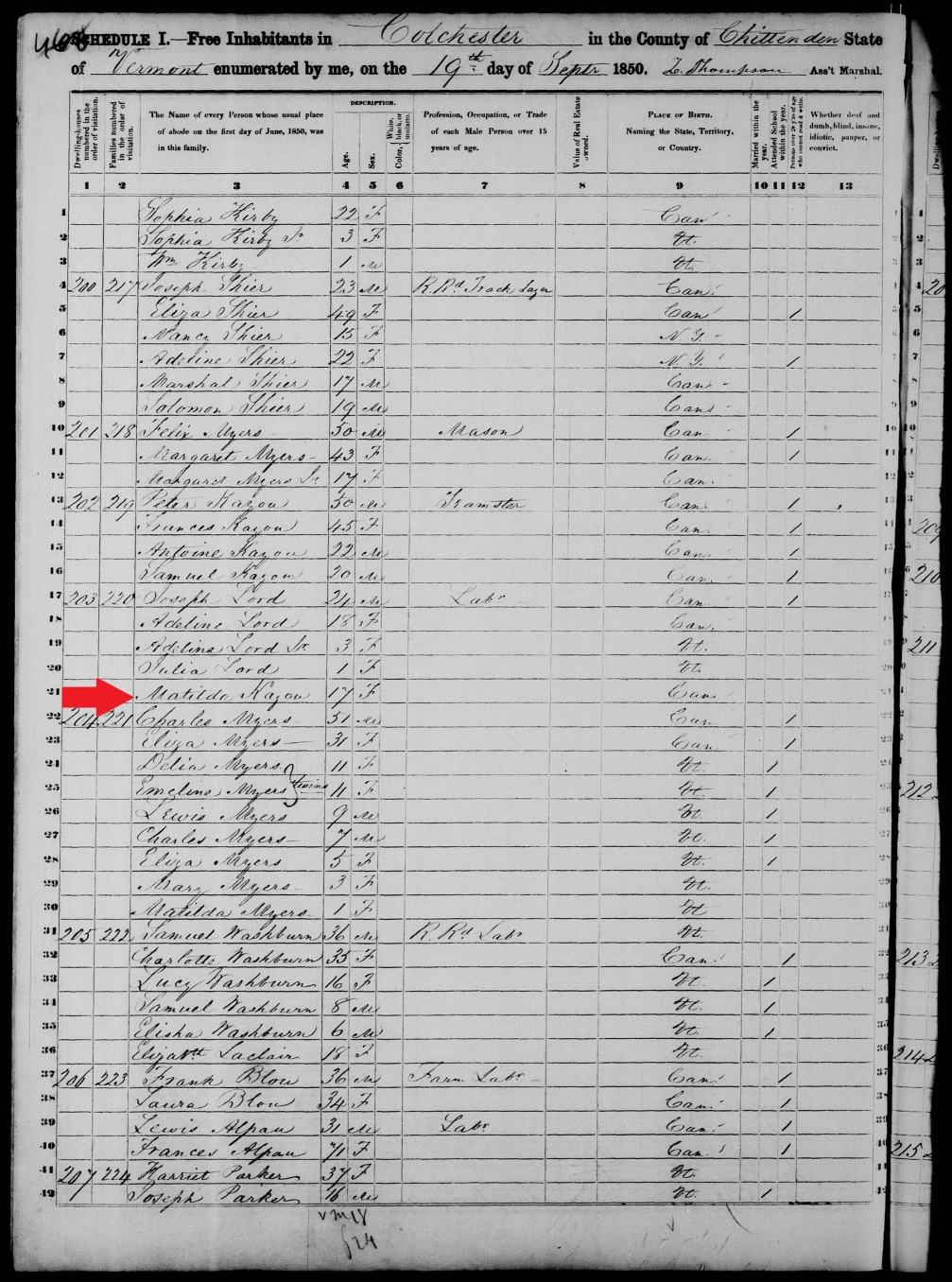 That’s all close enough for me!

Censuses don’t give you a precise date of the birth year of people, just a general idea. So for the record, at least for this demonstration, Pierre Cadieux was Peter Kayou. His wife Frances was Françoise Trudeau, and they had at least three children…

Make that four because there is another one…

Is your head spinning already?

Wait for what I have found more on Abraham Maher and Victoire Lagacé’s descendants.