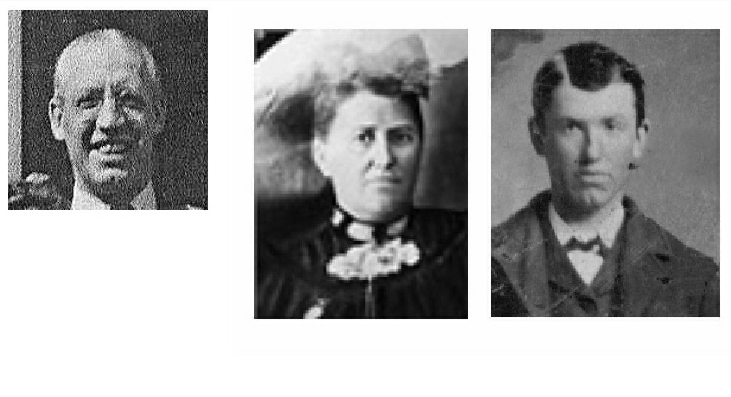 In October 1886, a man named Wilfred Nevue abandoned his wife and his 6 months-old son also named Wilfred. Where Wilfred’s father went no one knew at the time. 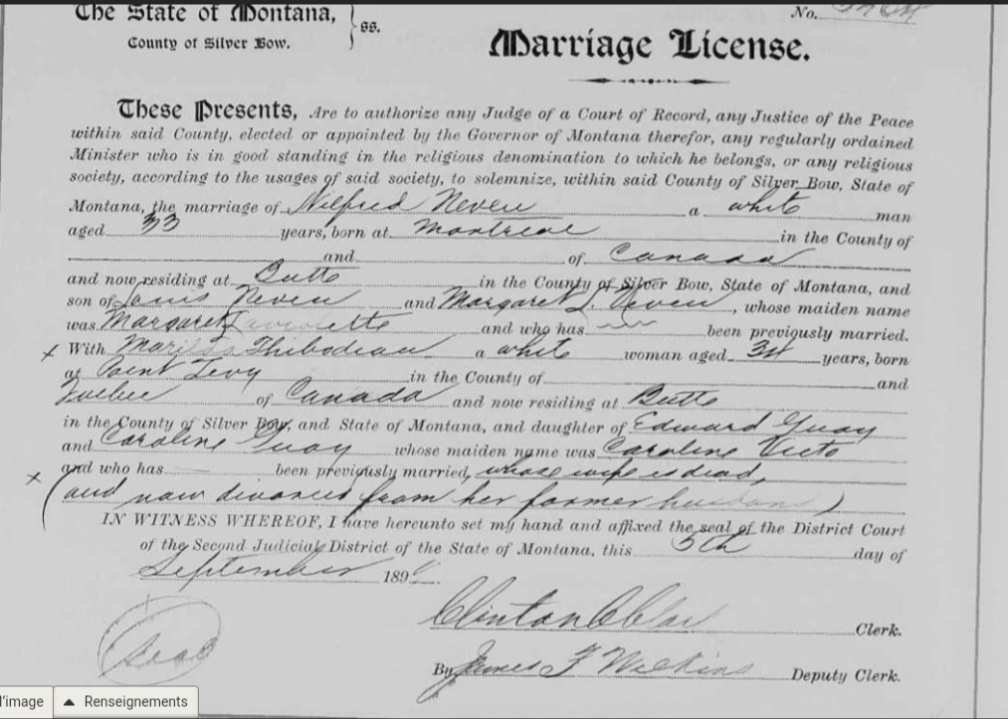 On September 5th, 1899, Wilfred Neveu (sic), a widower, married Marilda Thibodeau who had divorced Gervais Thibodeau. Why Marilda Guay divorced her husband we will probably never know unless a descendant find this blog and write a comment.

We have yet to find the marriage certificate for a shotgun wedding which occurred either late 1885 or early 1886 in Champion, Marquette, Michigan where Celina Delongchamp lived with her parents Jean Louis Delongchamp and Celina Blair (Blais). 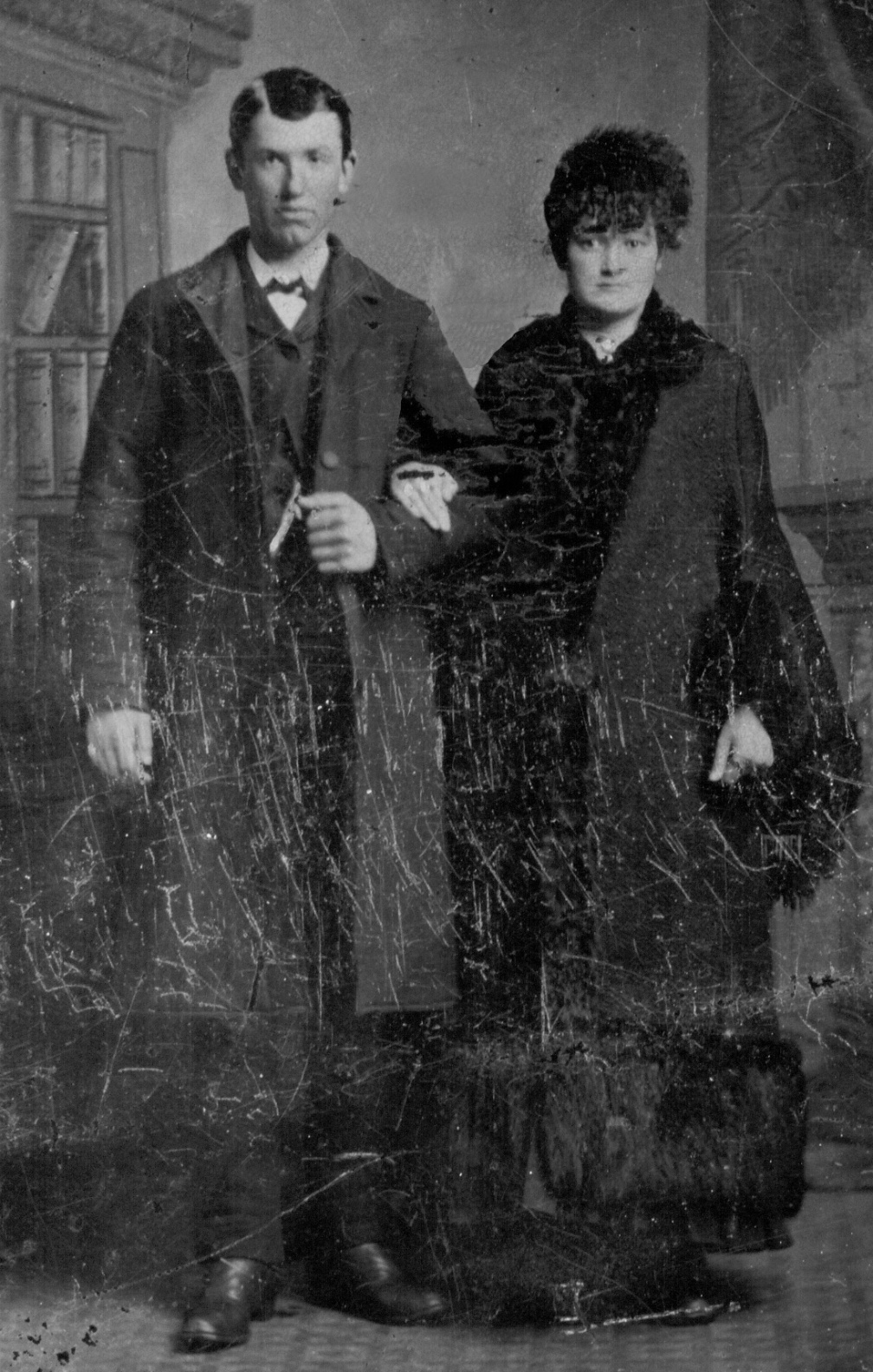 When this photo was taken, Celina Delongchamp was already pregnant and a son would be born on April 22nd, 1886. Suffering from depressive manic psychosis, Celina would enter a hospital in 1892 and would die on July 2nd, 1896. 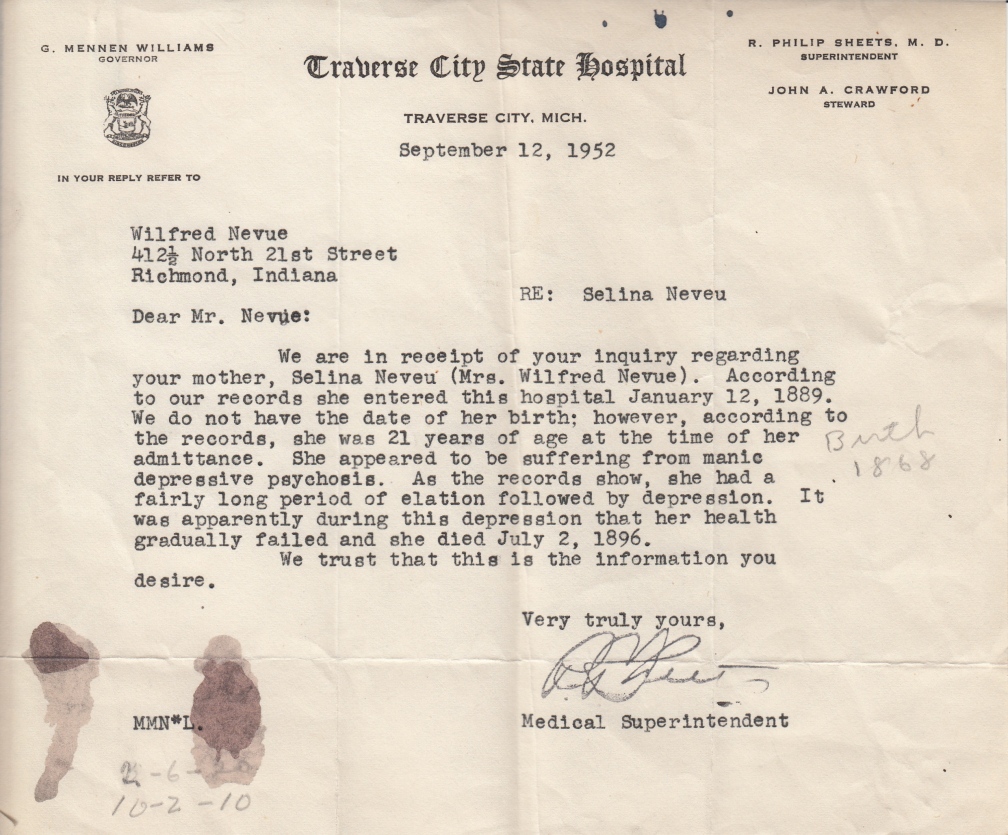 Little Wilfred was adopted by her grandmother Celina Blair (Blais) who raised him as her own son. 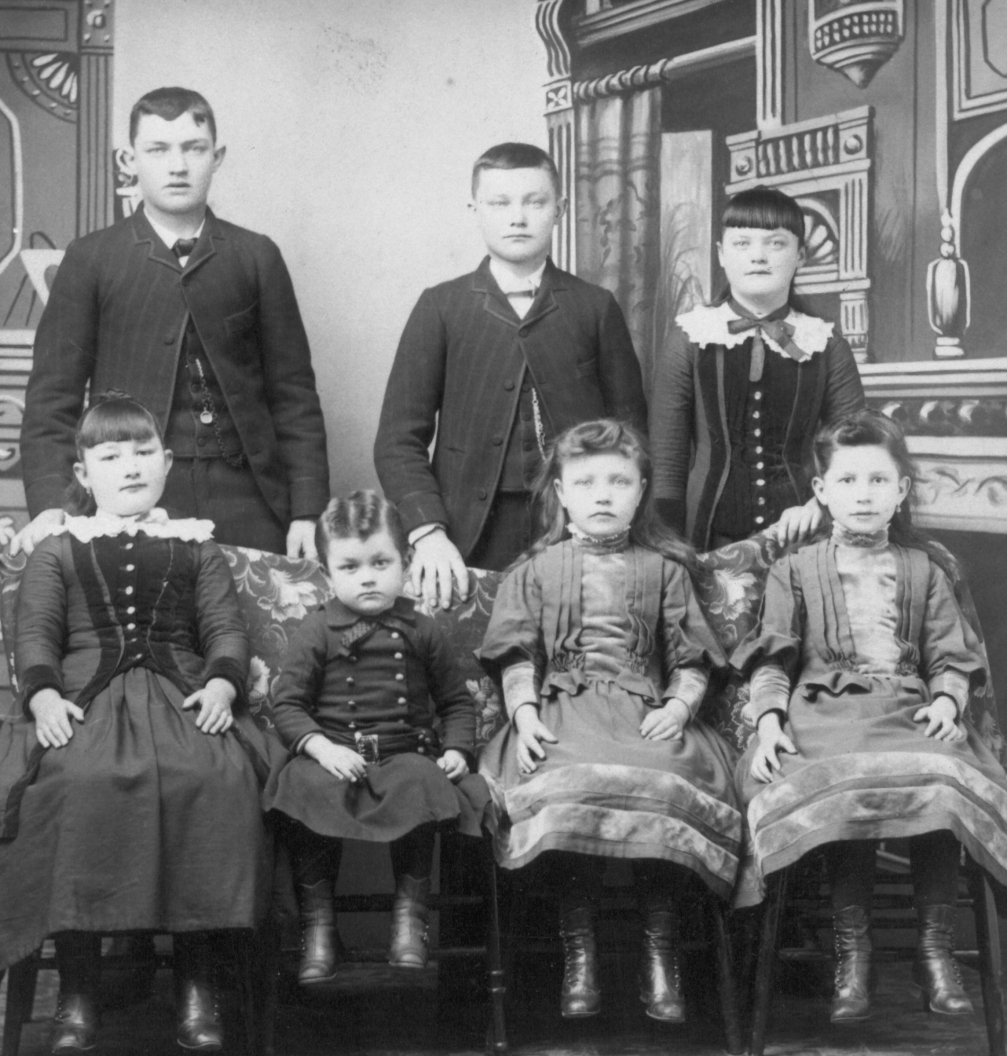 Life was not easy for little Wilfred…

Sometimes the only thing we have to link people with is a family resemblance.

After two weeks, I had decided to stop searching for Wilfred and Celina’s marriage license. Michel Lauzon decided instead to soldier on, and the next day found that there was a Wilfrid Neveu who  had once lived in Chatham in Argenteuil country in the province of Quebec. I decided to look for more clues in censuses and in parish registers.

This is what we found: a baptism act in St-Philippe’s parish registers.

Wilfrid Neveu was born on June 17, 1866, but baptized on June 22. This meant that he could have been Wilfred Nevue who was about 19 or 20 years-old when he married Celina Delongchamp around 1886. 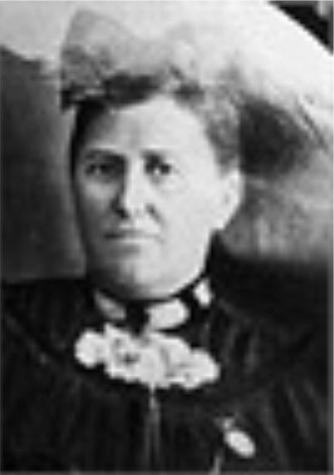 I compared it with Wilfred Nevue… 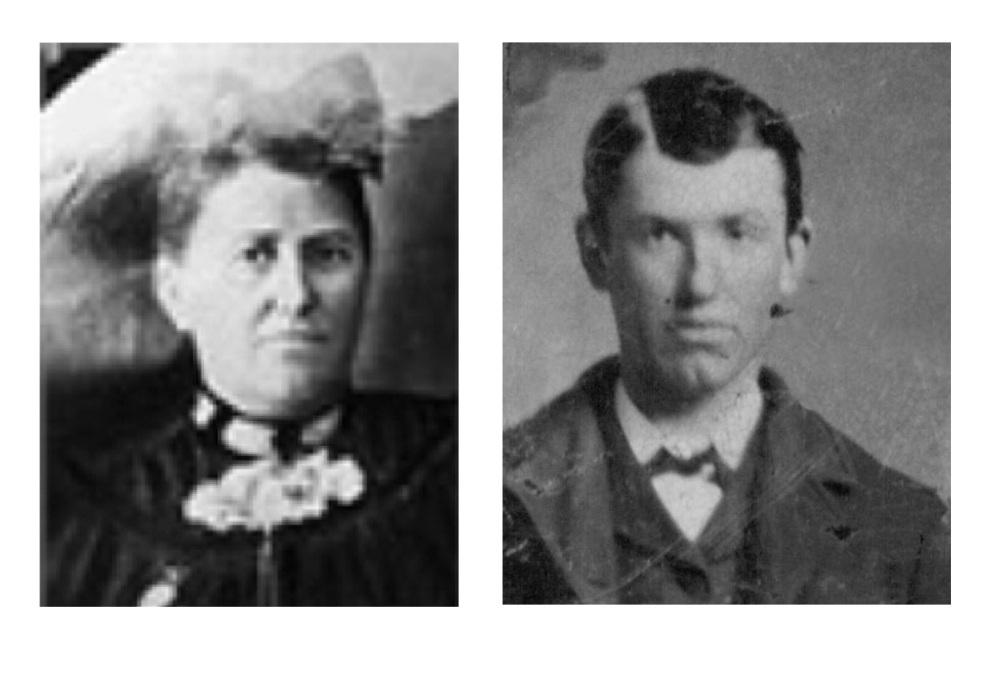 They looked like a brother and a sister to me, and to all the people who gave their opinion.

But I wanted more proof.

So I started looking for Wilfred Nevue in Butte, Montana after his marriage with Marilda Guay in 1899. There, in Butte, Dora Nevin was born in 1900, but died on September 18, 1902 from pnemonia. A son was born on February 27, 1902. That son’s name, you have guessed it, was Wilfred!

Next Michel found a photo. Wilfred Joseph Nevin was seen with his step-daughter Betty (Elizabeth Reynolds) and his daughter Joan and his son Bruce in the back . 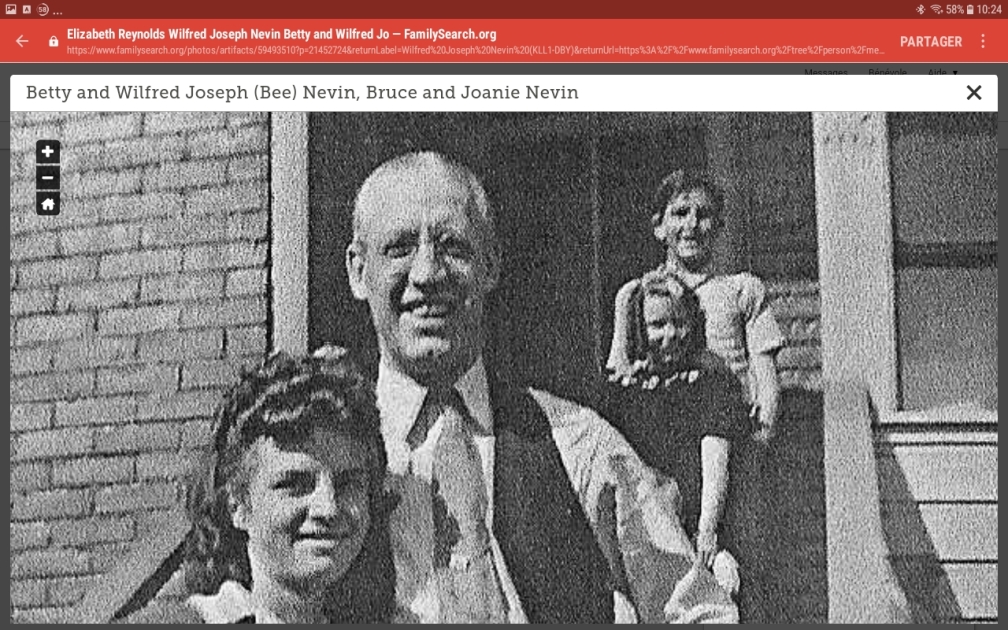 That was the proof I needed.

I was all smiles!