In a commentary this week on Morning Edition, Frank Deford said the “proof is in the pudding.” A listener wrote in to say that keeping proof in a pudding would be messy. The original proverb is: The proof of the pudding is in the eating. And what it meant was that you had to try out food to know whether it was good.

I always thought that the expression “The proof of the pudding” was “The proof is in the pudding”. I always thought also that André Mignier’s dit name was la gâchette. That was what was found everywhere until Gilles Tremblay, a researcher, started to questioned this. In fact no documents that I could find had la gâchette as a dit name. Everything I found was either l’agacé or l’agassé.

Peter Lagasse just sent me this to translate…

On the fourteenth day of October of the year one thousand six hundred and seventy-one by me Henry de Bernières priest of this parish was baptized Marie daughter of André Mignier dit la Gacée and Jacquette Michel his wife, born on the day of yesterday the godfather was Siméon Le Roy dit Ody (Audy) the godmother Marie Renaud wife of Charles Petit. 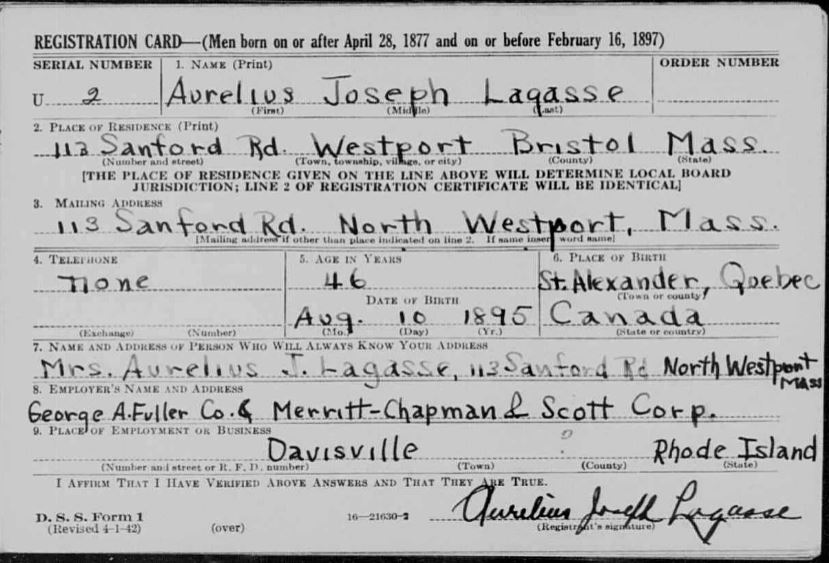 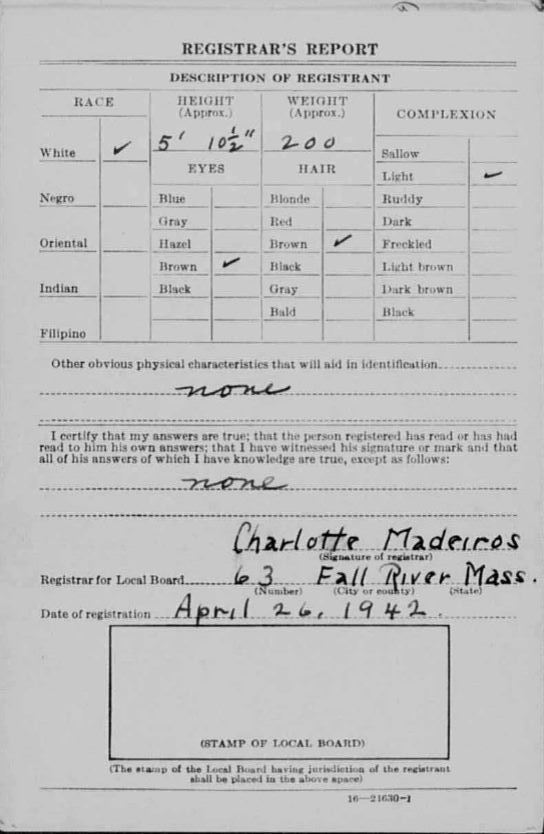 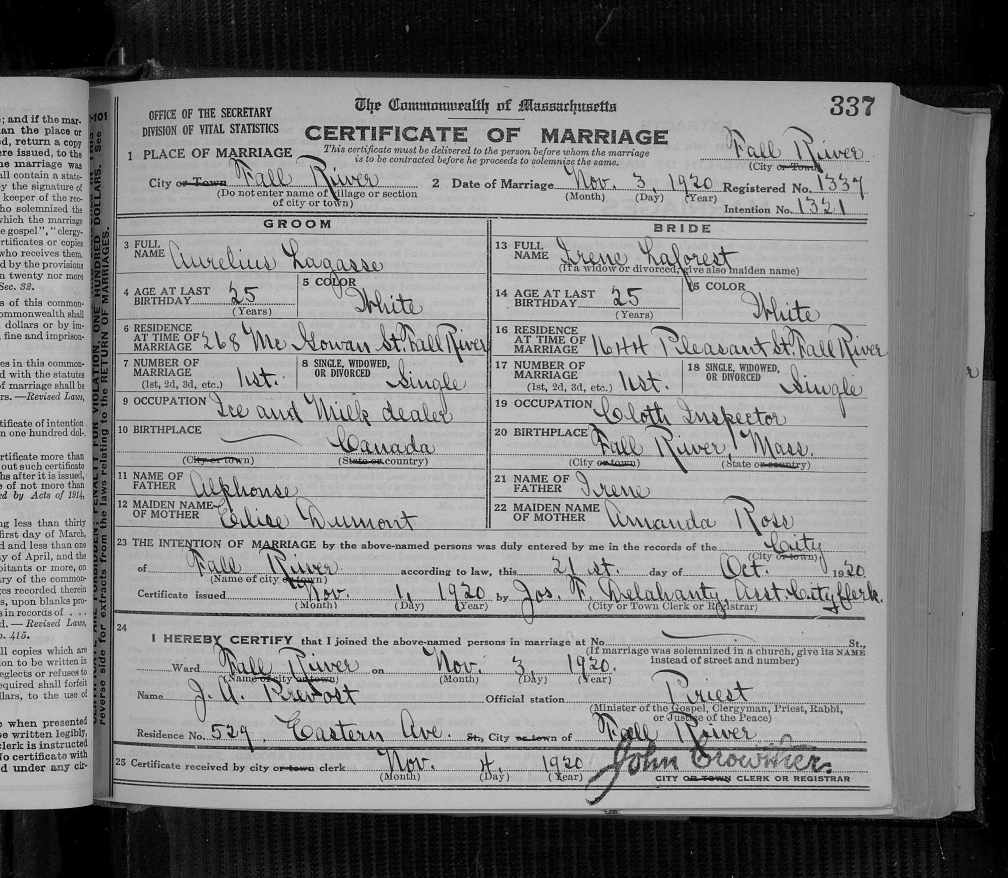 Perhaps you can help? Trying to trace my paternal grandfather’s parents and grandparents. He was Aurelius Joseph Lagasse, born 1896 or so in Canada. Anything about the children of: Adolphe, Henri, Joseph, Idola, Damase, or Ambroise? Merci beaucoup!

She also had these children:

She is certainly the ancestor of many Lagasses living in the U.S. One of them is Alyce LaGasse. I know that Ambroise Lagasse also went to the States and lived there.

I will post an article on him one day.

While searching for Lagasses, I found this…

This is Marcelline David’s death certificate on the Mormons’ site. 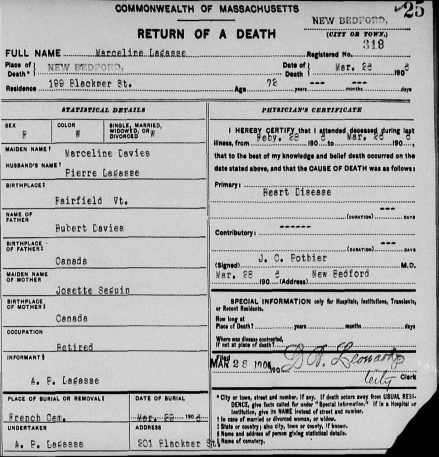 Click on the image it will appear in another window

It says Davies… but it is David.You can trust me on that. She died of a heart disease. Her son Adolph Lagasse was the undertaker. Her father was Hubert David and her mother was Josephte Séguin. Hubert David married Josephte Séguin in 1815. That’s quite a way back.

Tomorrow… Why is this crazy canuck doing all this…?

To be continued 9 years later…

A time of major transition – I just retired from teaching after a wonderful run of thirty-five years. No one who knows me well asks: What will you do [more of] next? While genealogy, per se, was not part of the prescribed English and history curriculum, that quest always played in the background and sometimes assumed center stage. Particularly in the teaching of American history, it became the hook which anchored students to a personalized past.

Sometimes I won’t follow up on a search. It all depends on how people will react to a blogger who has been writing about our ancestors, yours and mine, since 2009. 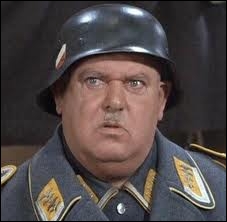 That’s my sense of humor (humour if you live in Canada like I do…) that I inherited from this man… my paternal grandfather who never spoke to me even once if I can recall correctly. 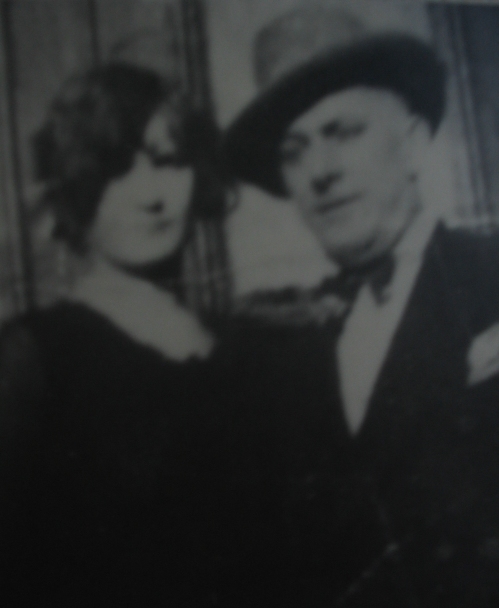 My quest for my ancestors which started in July 2007 led me to find distant cousins in the United States finding my blog, and who were generous by sharing pictures of my distant relatives… 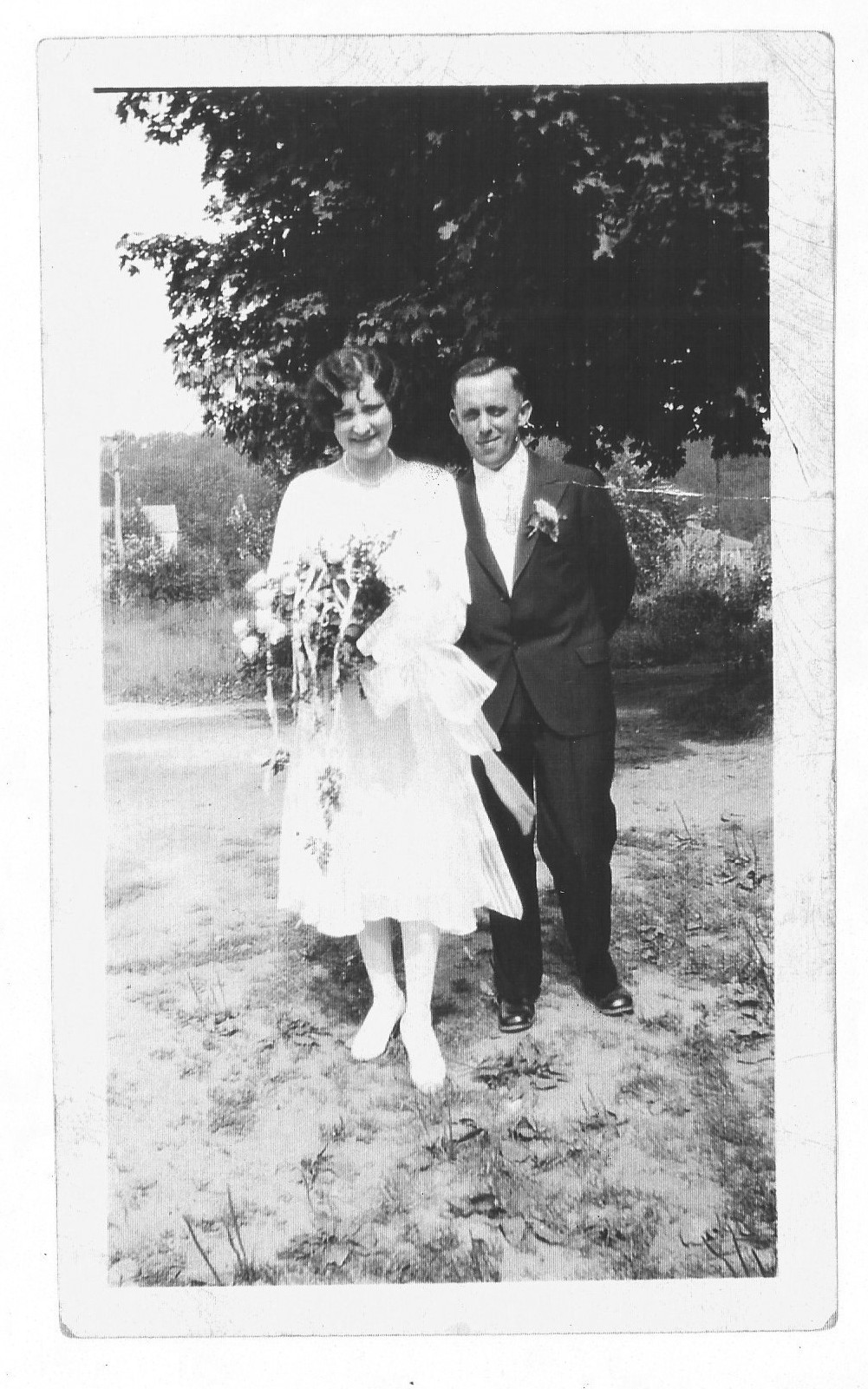 More than a few thousands pictures! 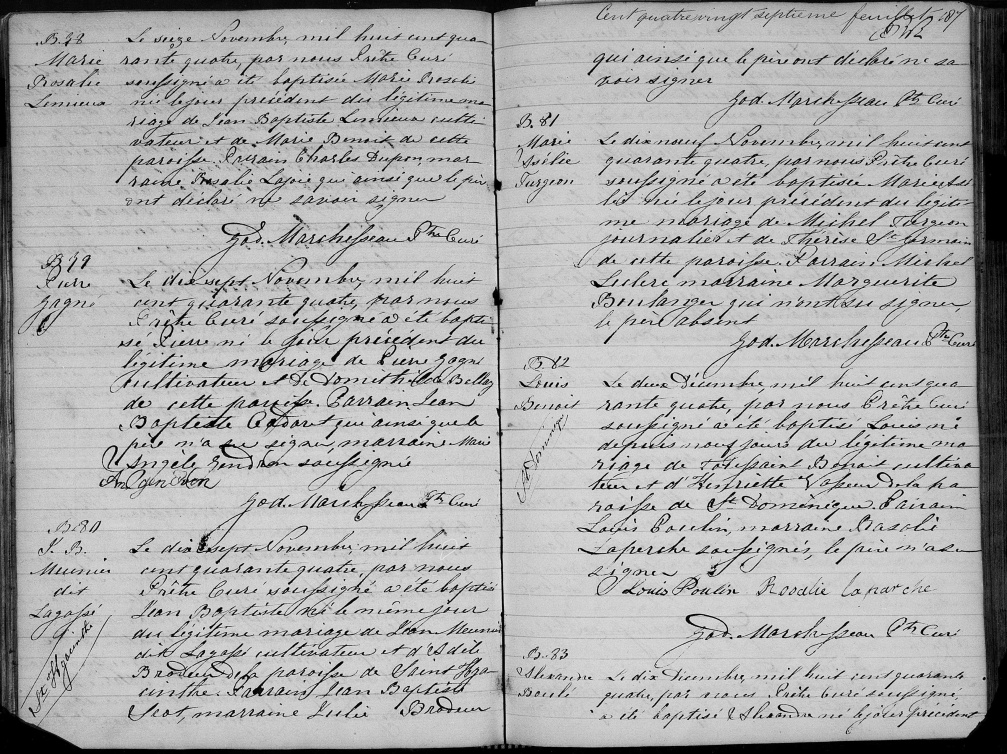 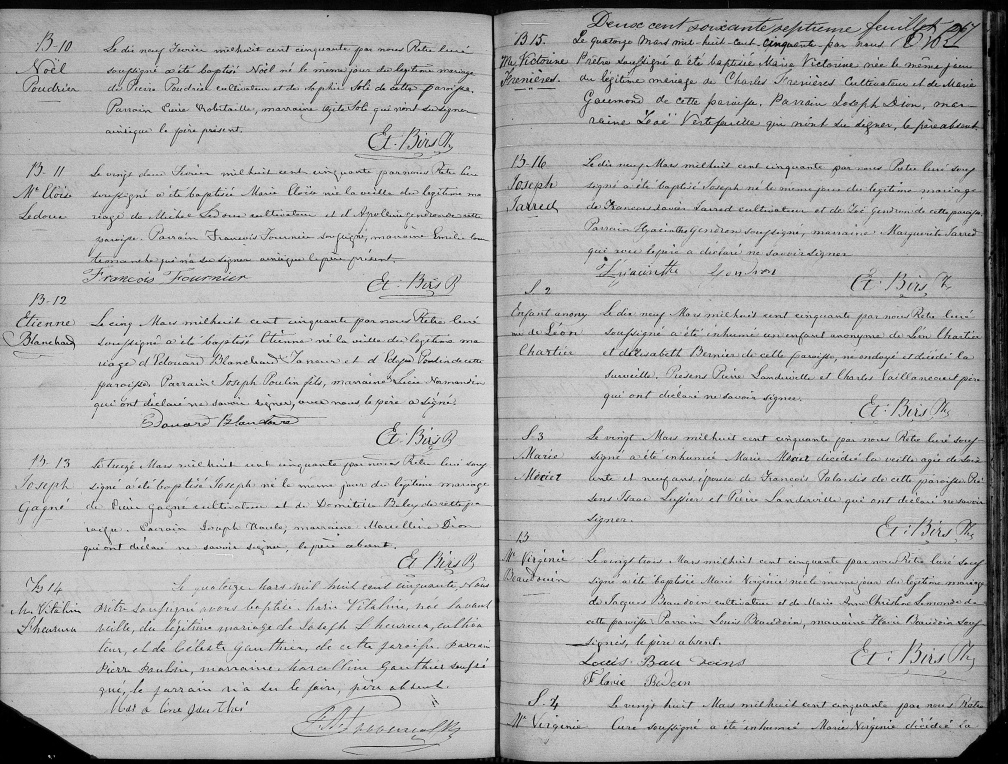 Easy as pie when you have the original images… 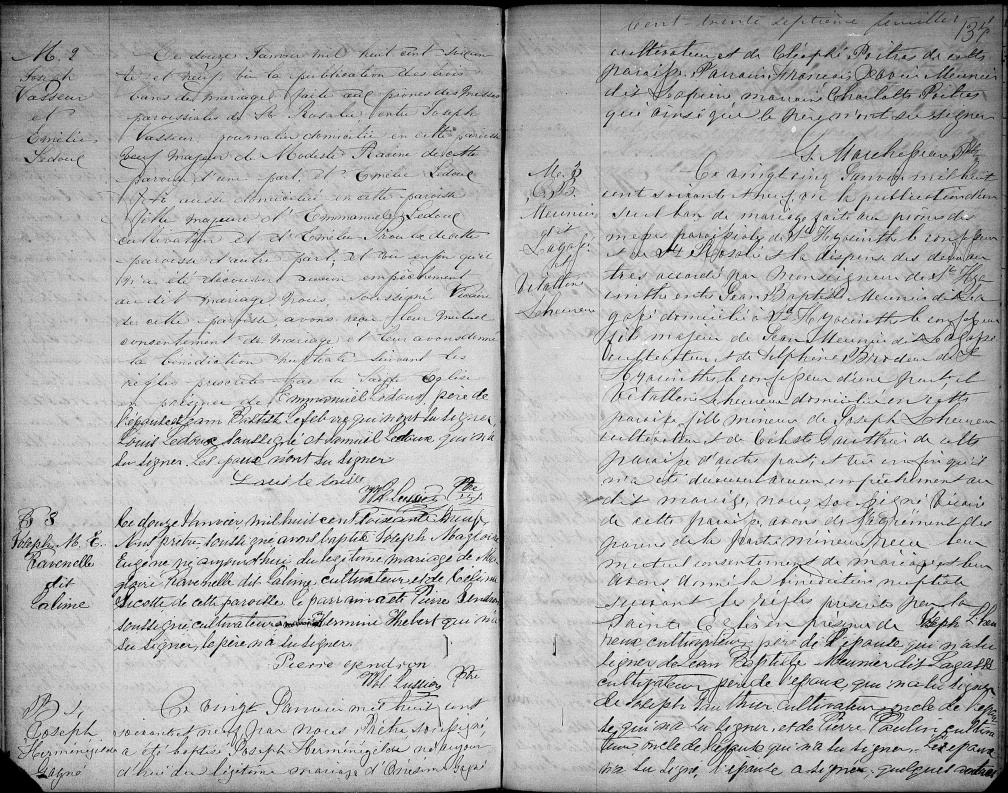 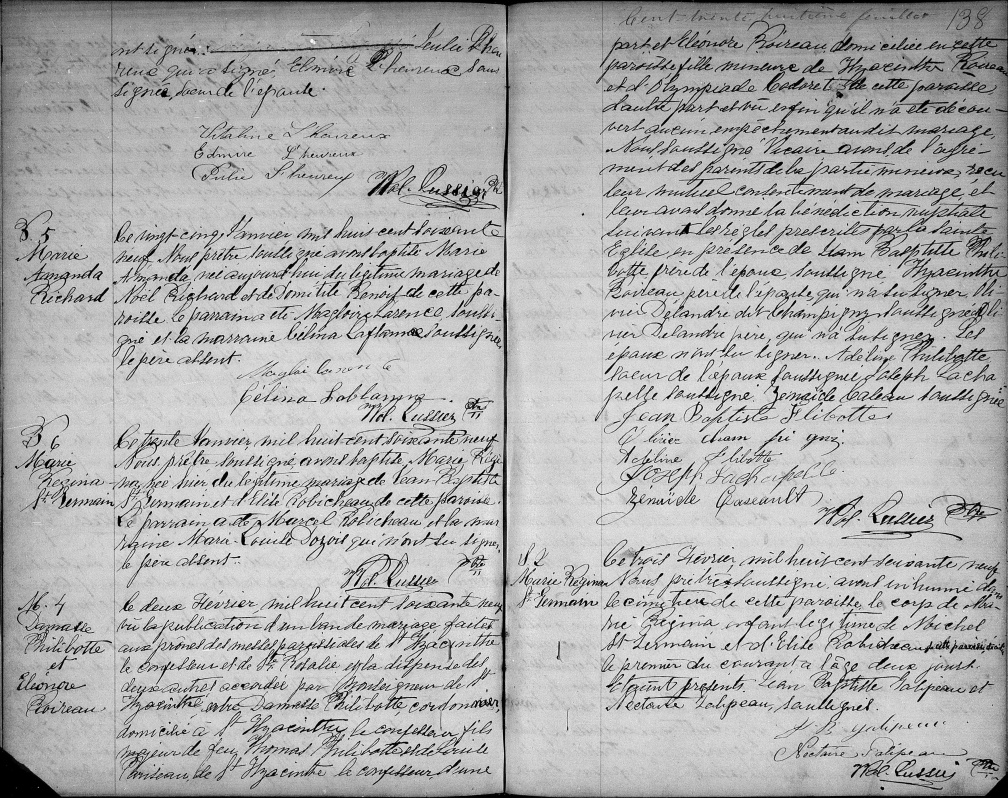 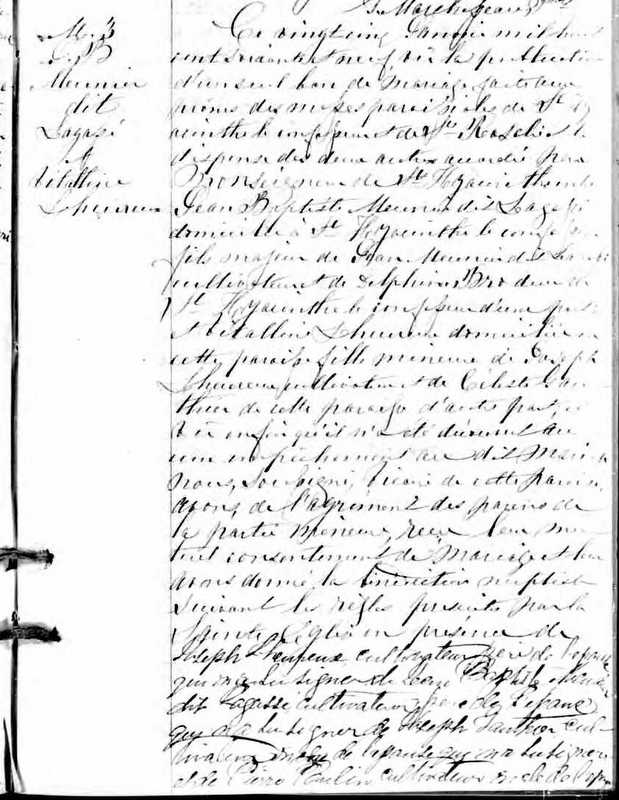 Sometimes Mignier became Meunier in parish records so this might be confusing for someone looking for his or her roots.

What does the parish record says?

Even though you could read French it could be hard to read since there are no commas.

On this twenty-fifth (25) of January one thousand eight hundred and sixty nine (1869) with the publication of a single wedding ban made during the sermons of the masses at St-Hyacinthe le Confesseur and at Ste-Rosalie and the exemption of two other bans granted by Monseigneur of St-Hyacinthe between Jean-Baptiste Meunier dit Lagafsé[Lagassé] resident of St-Hyacinthe le Confesseur, adult son of Jean Meunier dit Lagafsé and Delphine Brodeur of St-Hyacinthe le Confesseur on the one hand, and Vitaline Lheureux resident in this parish minor daughter of Joseph Lheureux farmer and Celeste Gauthier of this parish on the other hand and finally that it was discovered no impediment to the said marriage, we undersigned vicar of this parish have the approval of the parents of the minor party received their mutual consent of marriage and have given them the nuptial blessing according to the rules prescribed by the Holy Church in the presence of Joseph Lheureux farmer father of the bride who could not sign of John-Baptiste Meunier dit Lagassé farmer father of the groom who could not sign Joseph Gauthier farmer uncle of the bride who could not sign and Pierre Poulin farmer uncle of the bride who could not sign. The groom could not sign, the bride signed and a few others signed Julie Lheureux who signed Elmire Lheureux the bride’s sister who undersigned.

So I won’t forget to do it…