People in fact die when nobody remembers them by. This is one reason we place headstones to remember them like this one… 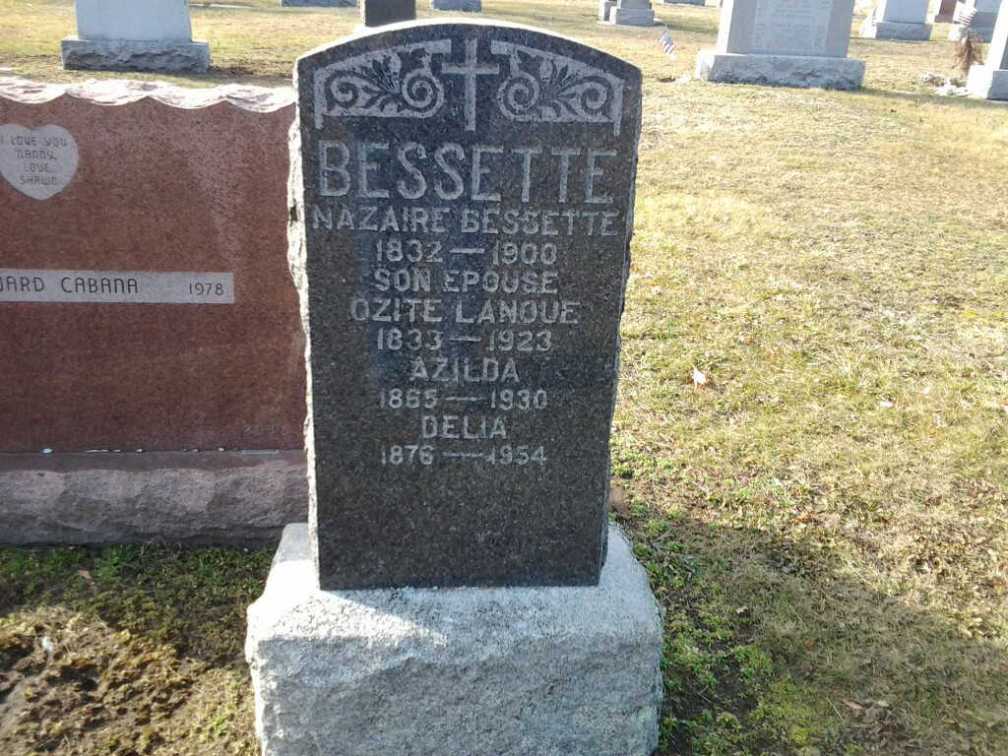 I try hard to remember all my ancestors. I try even harder when I look for strangers’ ancestors like Cordelia Cadieux. I am sure I have found  who she was.

Call it luck if you want, I call it presumption.

I have  used  a  lot of presumption in this  mission starting by who were listed  on that census  page taken from a census done in 1880. 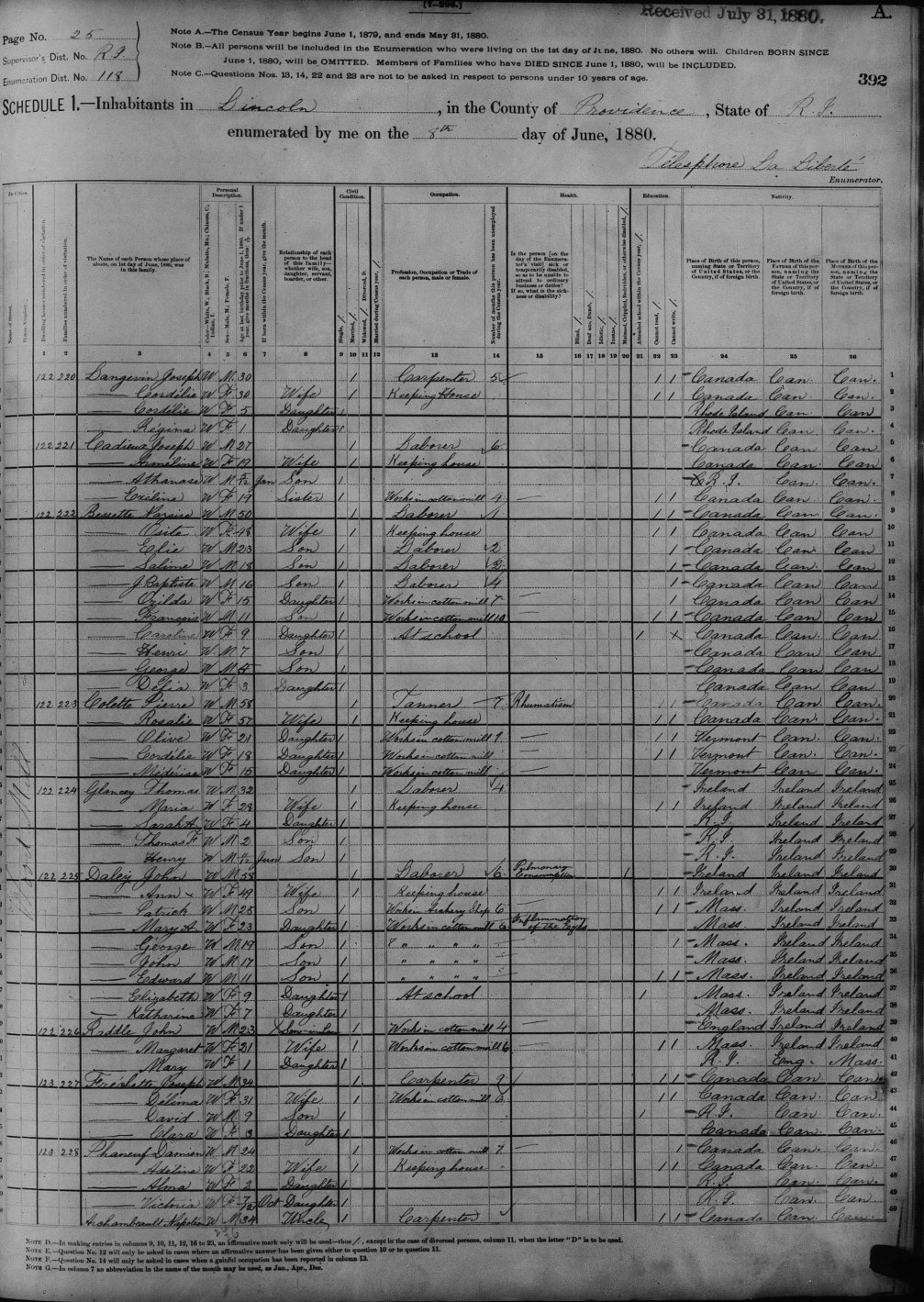 Joseph Langevin, his wife Cordelie, their two daughters Cordelia and Regina, the people I presume François is looking  for.

Having no marriage certificate to know who were the parents of Joseph Langevin and Cordelie Cadieux, I tried to find some clues by looking at who were their neighbours especially Joseph Cadieux and Nazaire Bessette…

Remember Birds of a feather flock together? 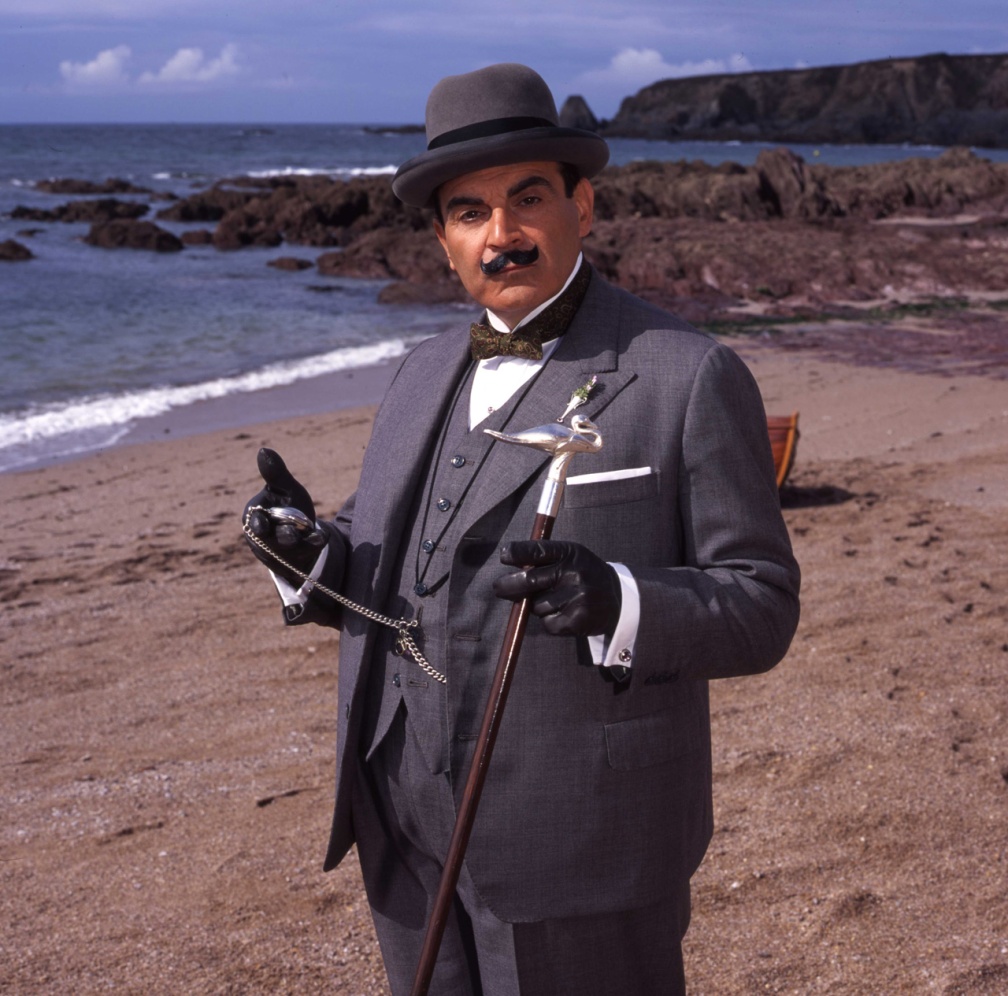 This headstone was what led me among other clues to Cordelie Cadieux’s ancestors. 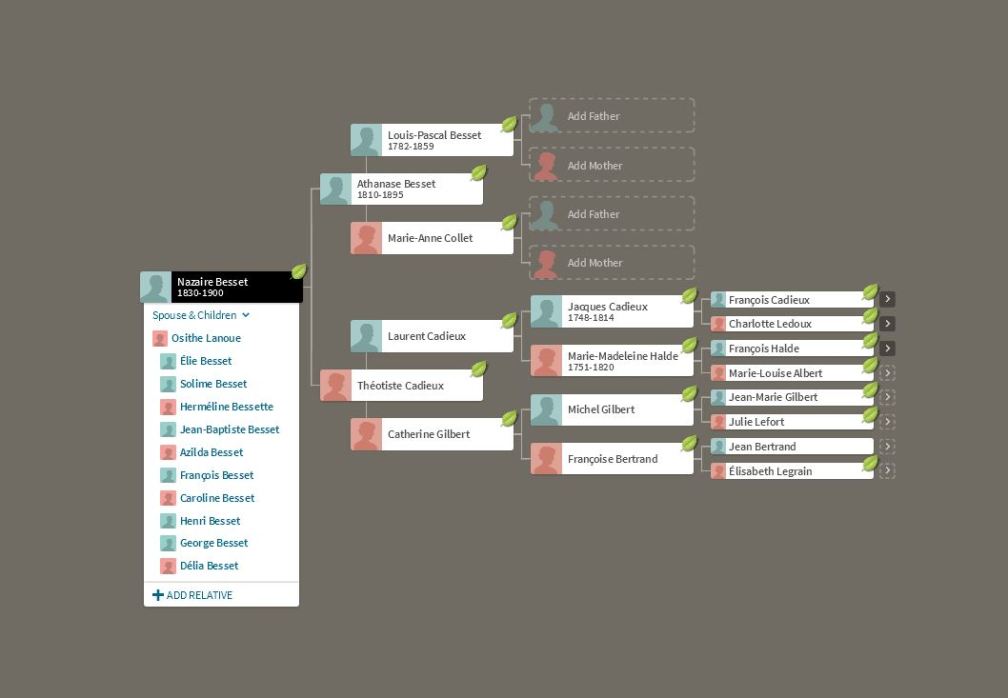 My Ancestry file on Nazaire Bessette 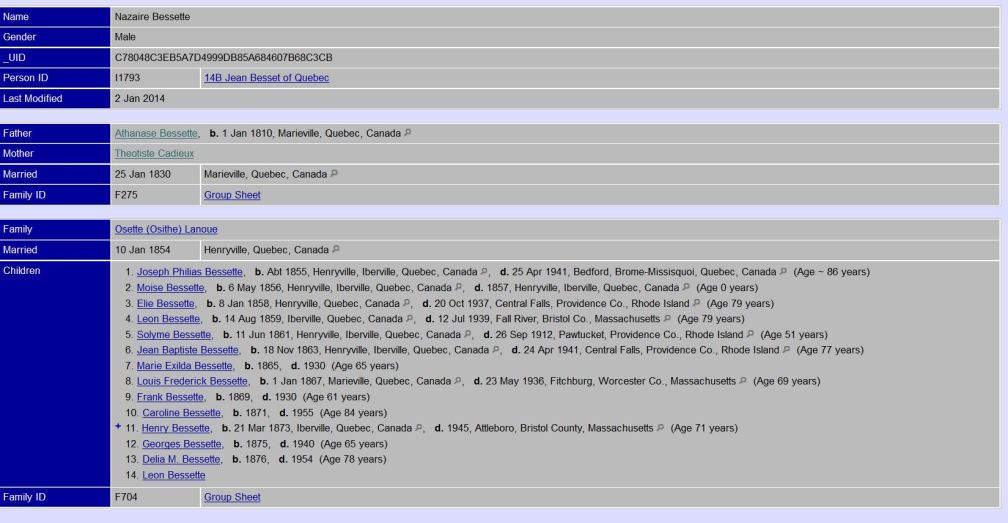