I had another dopamine rush caused by Anne’s e-mails…

You can read this article if you want to fully understand this one.

Alyce had this picture. She wanted to throw it away with all the others she had. They belonged to her father and she knew nothing about who these people were.

It’s with Alyce’s other pictures that I manage to figure out who were some people in this picture taken in 1921. 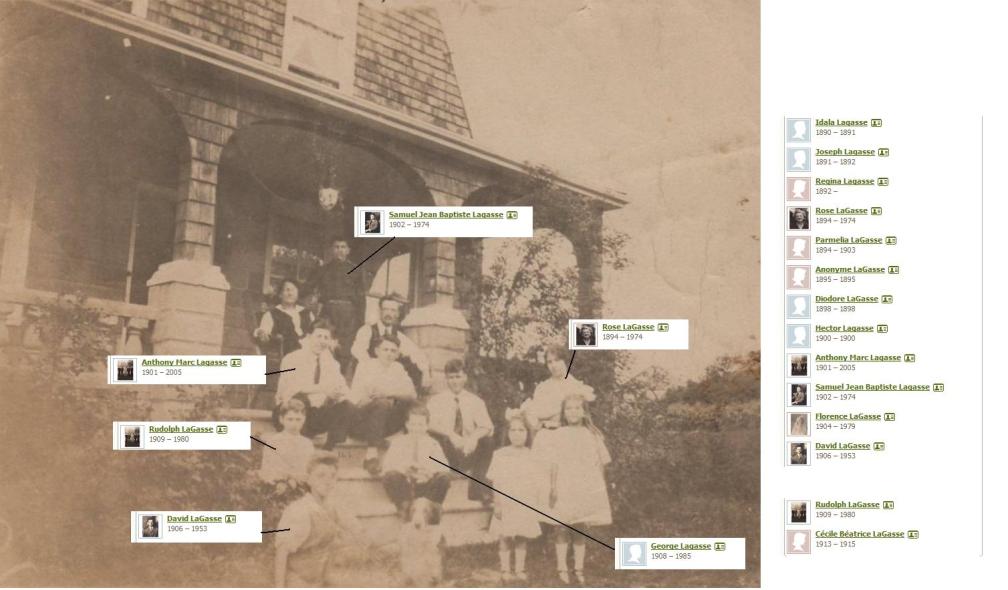 Her father David, her grandfather Idala of course, Olivine Idala’s second wife sitting on the chair, Anthony the eldest of the boys, Rose the eldest of the daughters and three other boys I believe are Samuel, Rudy and George.

I am not sure about these three but it would make sense when you look at their birthdates.

We recognize Eugene Moreau and his two daughters Beatrice and…

2 thoughts on “This is what makes genealogy so addictive”