Written in 2013, I finally got a comment from a distant relative.

See the comment after reading what I had written.

Alexandre Benoit, Anna Bennett’s father, is the same man who enlisted on May 7th, 1861, in the 2nd Vermont Infantry. 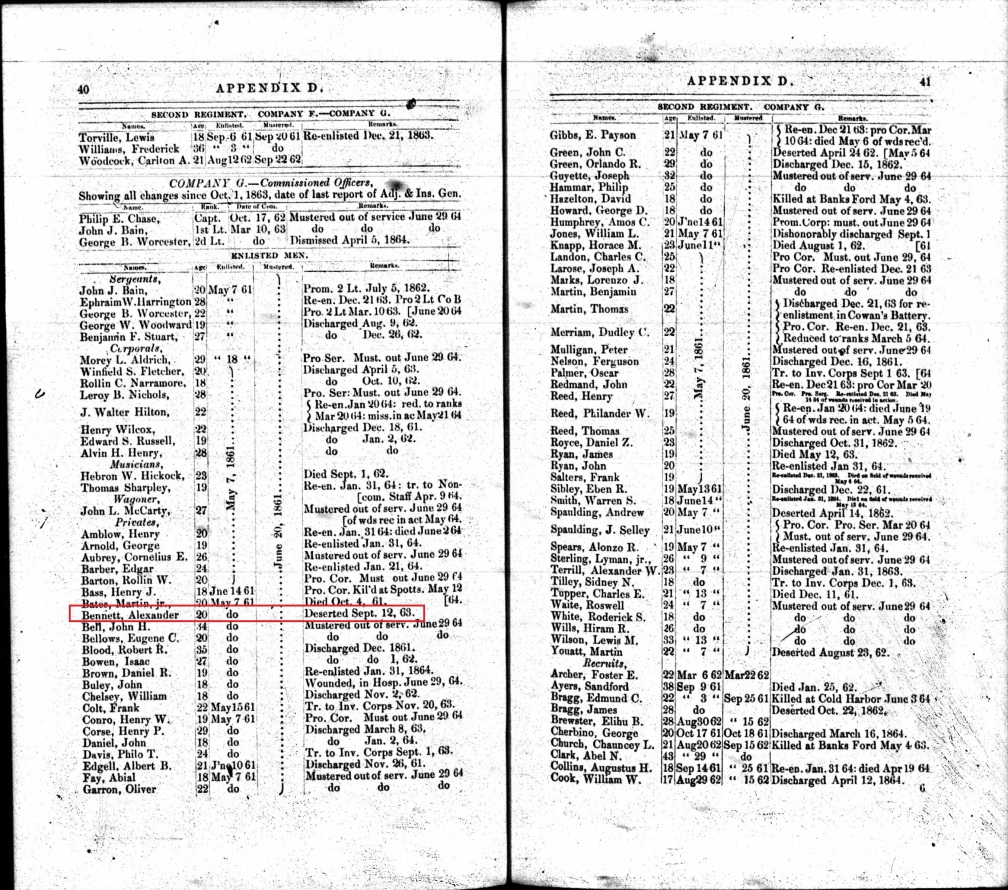 This is the marriage certificate that links Alexander Benoit to Louise Janvier. 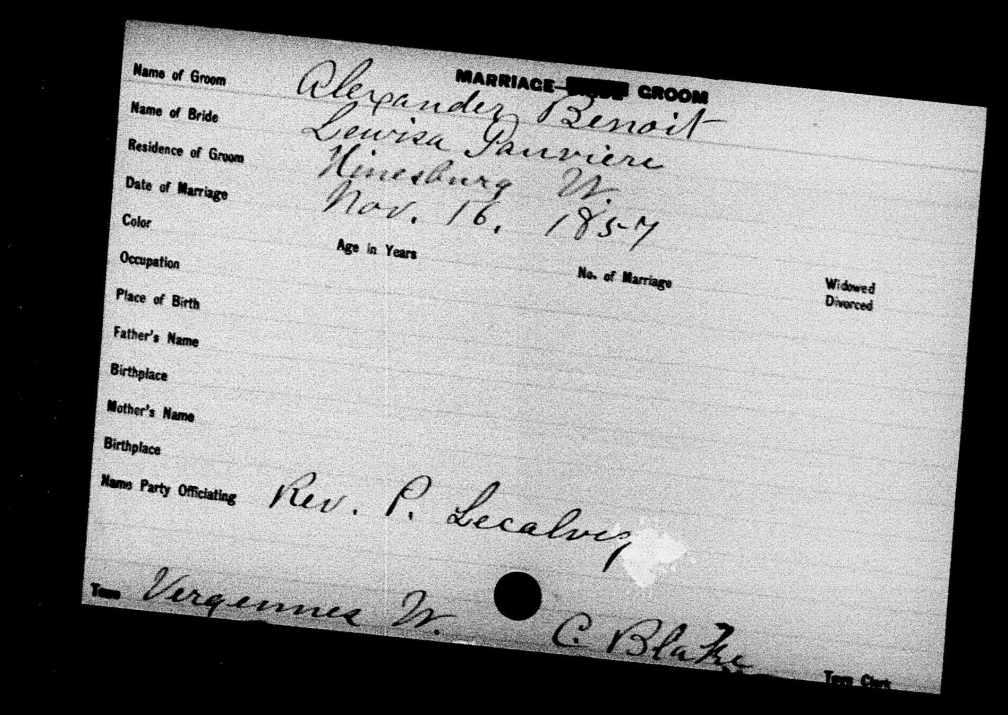 Alex and Louisa have two children. Louisa 2 years-old and Fred is 5 months-old. 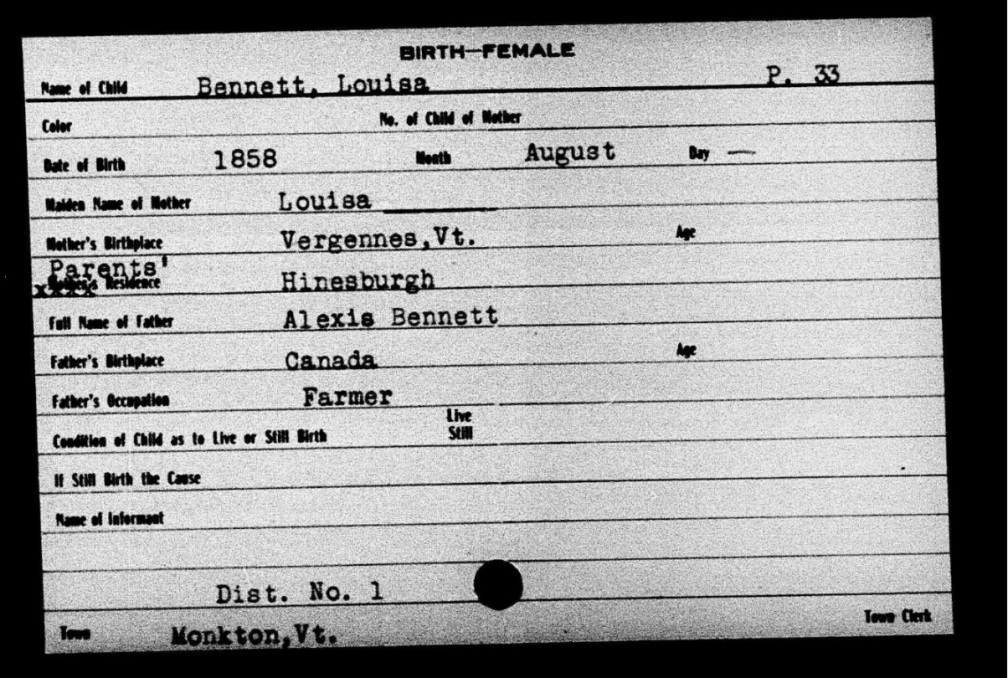 Fred is the other child, but I strongly believe he is Alexander seen in the 1880 U.S. Census. 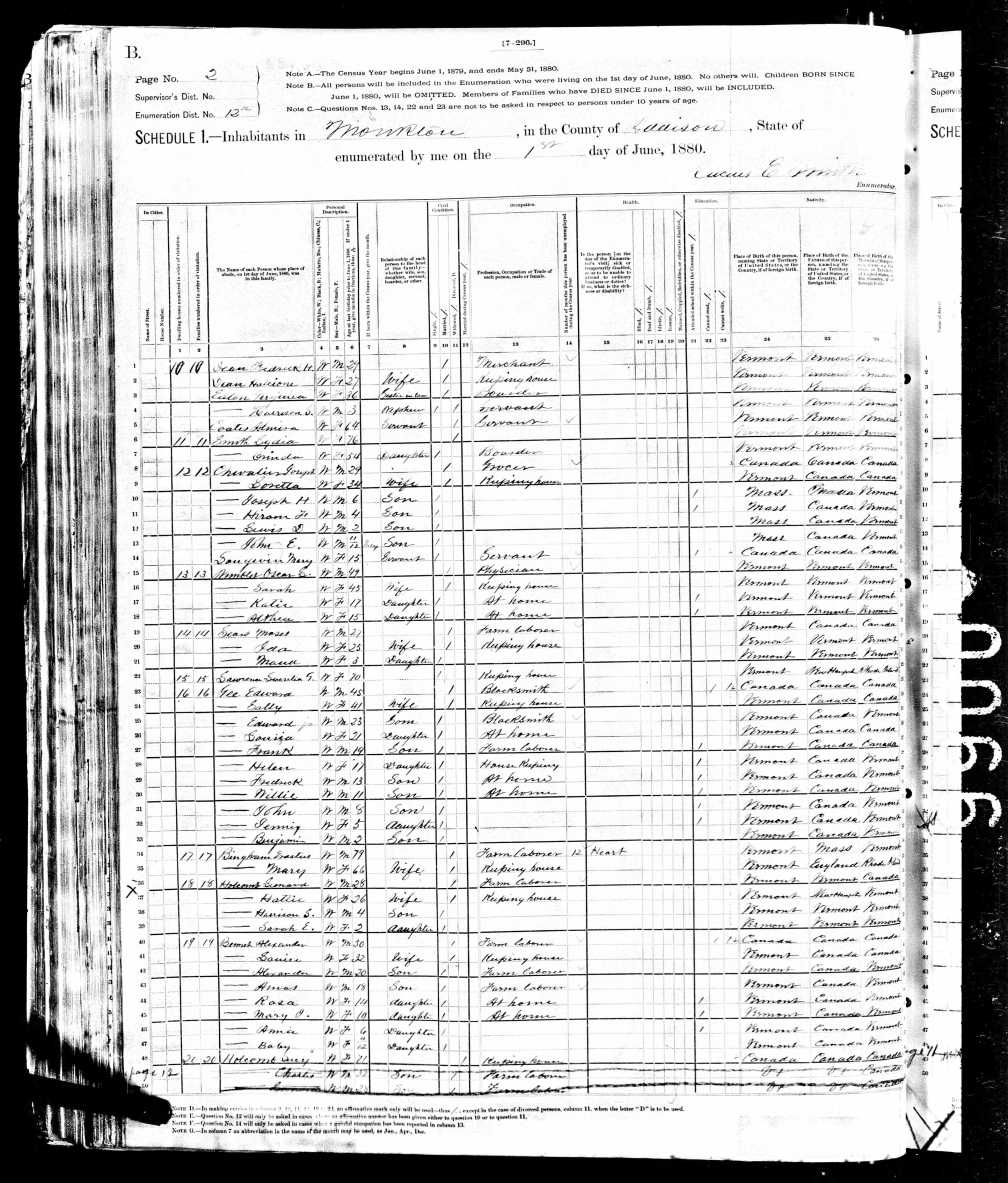 Louisa Bennett is not there anymore because she has married Antoine Tatro on September 28, 1875.

Antoine Tatro is in fact Antoine Tétreault and he was born in St-Pie-de-Bagot according to the marriage act. He is a blacksmith from Enosburg Falls. 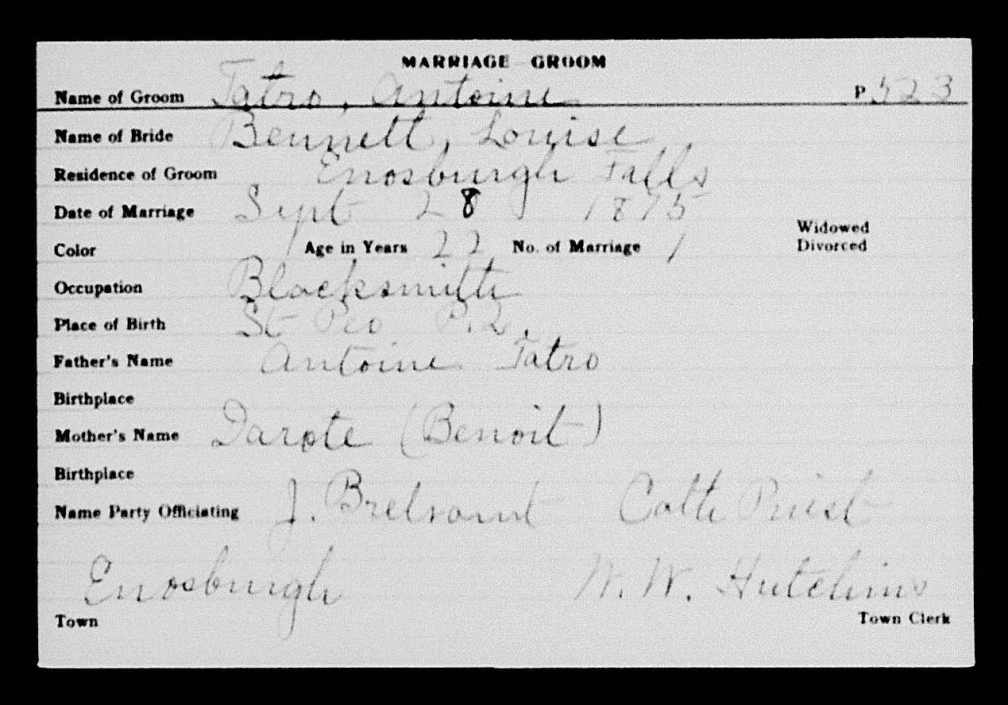 Alexander will marry Sarah Hamill in 1912.

It has to be little Fred from the 1860 census. His parents’ birthplace is Fraserville, Nova Scotia, but I totally disagree since Nova Scotia was not part of Canada in 1858 when Louisa was born. 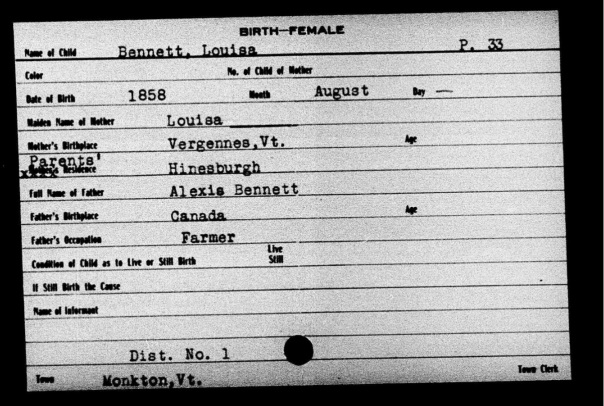 I wonder who told that information to the clerk.

Rosa or Rosana Benoit will marry George Auger on October 24, 1887.

Again the father’s birthplace is wrong.

I have not found any information on Baby Bennett except that it was born on February 4, 1880, in Hinesburg.

This fact is important because Alexander Bennett returned to Hinseburg after the Civil War.

Here again we see that the father is said to be from Canada.

I lose track of this family in 1890, but Alexander Bennett and Louisa Janvier appear in the 1900 U.S. Census.

They live in Vergennes. Alexander is a mason. Remember the death certificate where Alexander Bennett’s occupation was mason.

Well Alexander Bennett is a mason in 1900.

In that document we see that someone told the clerk that Alexander Bennett was born in Canada and that his parents were also from Canada.

Who were they? There is only one clue found here.

Could his parents be Pierre Benoit and Catherine Sauvé?

I know you will come back for the epilog before we start following Alexander Bennett in 9 battles in the Civil War.

What a great biography. Alexandre was the great-great grandfather of my son-in-law. I can give you a little information about his son Amos George Bennett. He moved to Worcester, Massachusetts, and married Mary Monahan on 12 Jan. 1887. According to the Worcester City Directory of that year, he was working as a finisher at 19 Union Street and boarding at 15 Thomas Street. Alexander Bennett (his brother, I presume), a varnisher, was living and working with him. Amos stayed in Worcester and died in 1942. I have not been able to find anything more on Alexander.