Comments on this blog gets me going.

I guess How I met your ancestors? was a great idea after all, and it will come back later this fall which is just around the corner.

Rosh, whose a prime commenter, had replied last week to one of my comments I made on her blog about one of her ancestors. I wanted to know if she was sure about what she was writing.

We made some educated probability guesses based on DNA, which led us down a completely different path than we had originally thought we were a part of.

We have made some guesses based on others in the tree who had documentation. We pieced together a story which my aunt told me. They knew of an old maid who was my dad’s great aunt………etc. etc. and from there we started doing searches of census records, baptismal records etc. and we think we’ve come up with the closest matches that we can get. I don’t have a record that says who William Wallace’s parents are, but we’ve been able to piece together information based on ancillary people and records.

Yes, ancestry’s hints are definitely not fool proof, but we’ve done the very best we could with what we had and put what we thought would be the best picture for research purposes. I’m repeating myself and blabbing.

I hope you can understand partly what I’m trying to say anyway.

Educated probability guesses are what I have used before as well as old pictures to finally figure out who’s who on that 1912 picture. 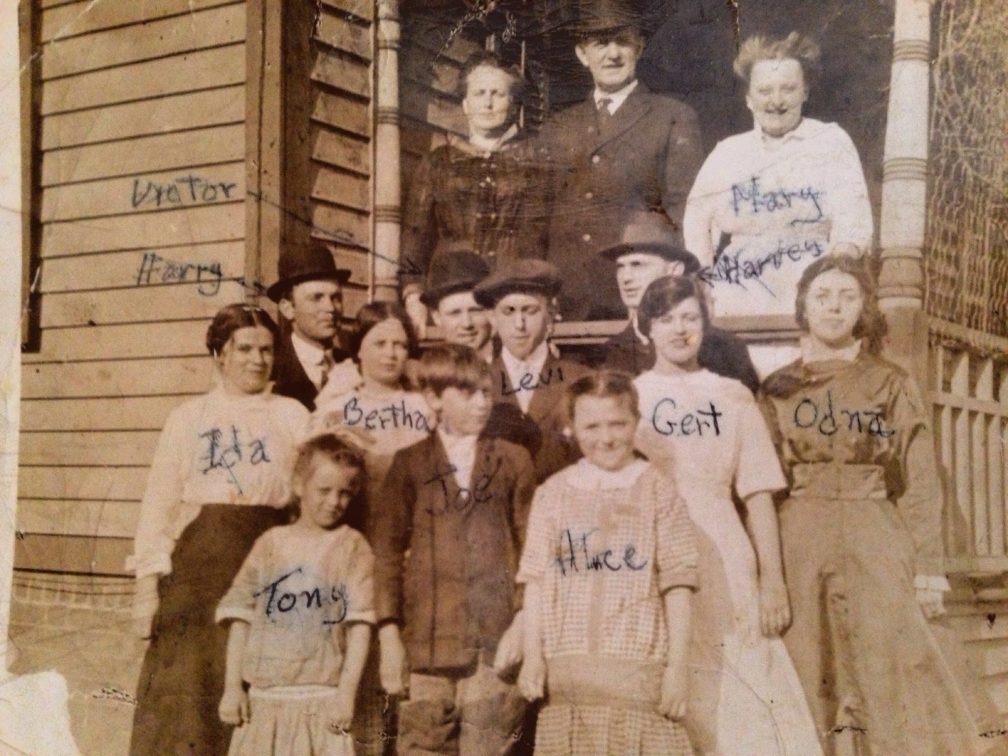 Can we move on please…

Most of the captions for the girls are correct on that old picture: Alice is Alice, Tony is Toni, Ida is Ida, Bertha is Bertha.

This picture was part of Alice Lagasse’s collection of old pictures.

Michael, who has found who was her birth grandmother after a long search, has shared this picture with me two weeks ago. So my educated guess is whoever wrote the captions knew that Alice in 1912 was Alice, Michael’s birth grandmother. 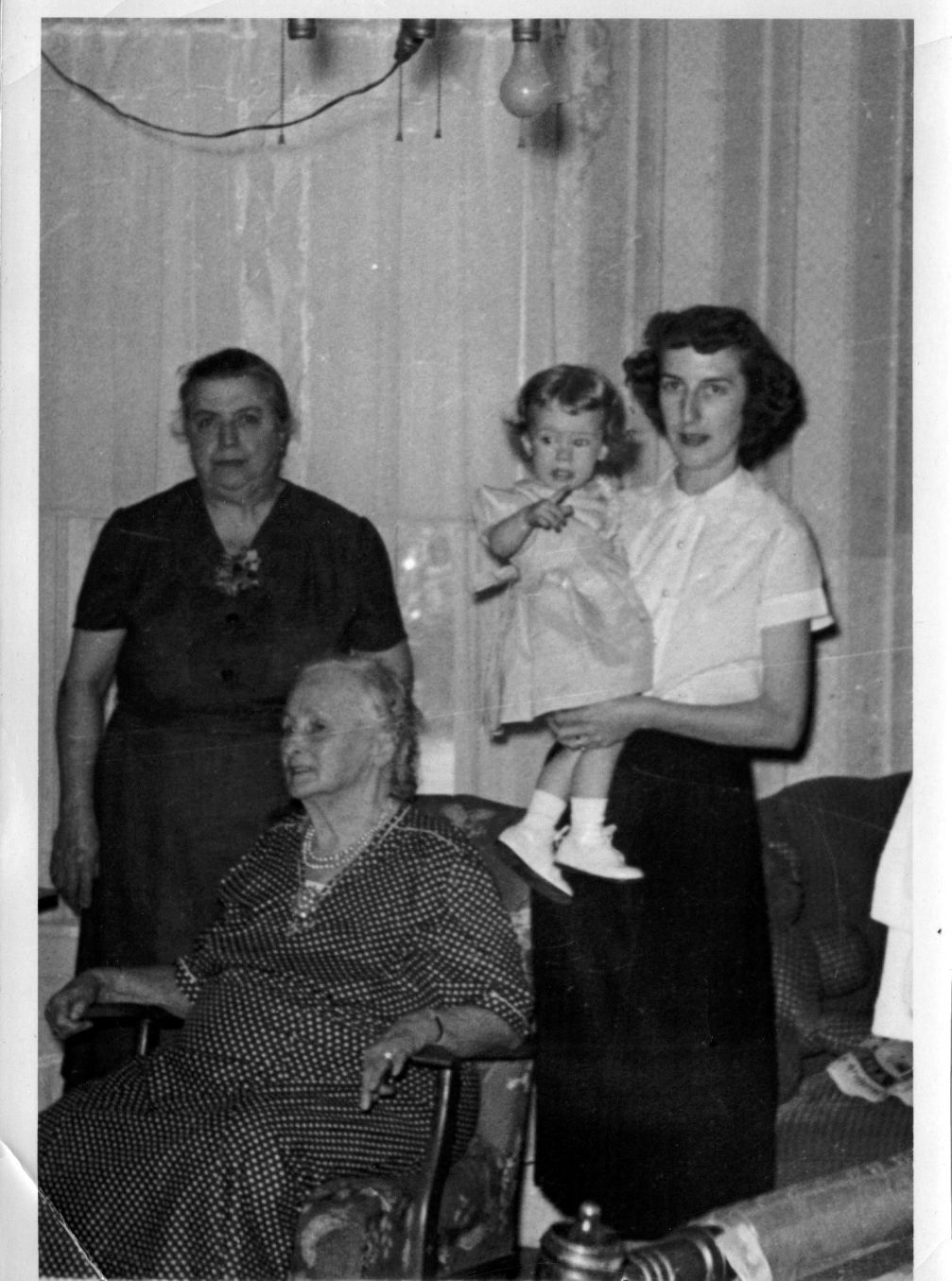 Odna would then be Gert or Gertrude who married Francis Spielman.

Still mixed up? Don’t worry I am mixed up sometimes with your ancestors.

The captions for the boys were a little mixed up, but I don’t want to take too much of your time explaining all this part.

As far as “Mary” on the porch, next to Dennis Lagassey III, she’s not Mary but his wife Amanda Ménard.

I just saw some rolled eyes out there.

I will be back later this week and tell you more about Harry who I did not know was in the army…. 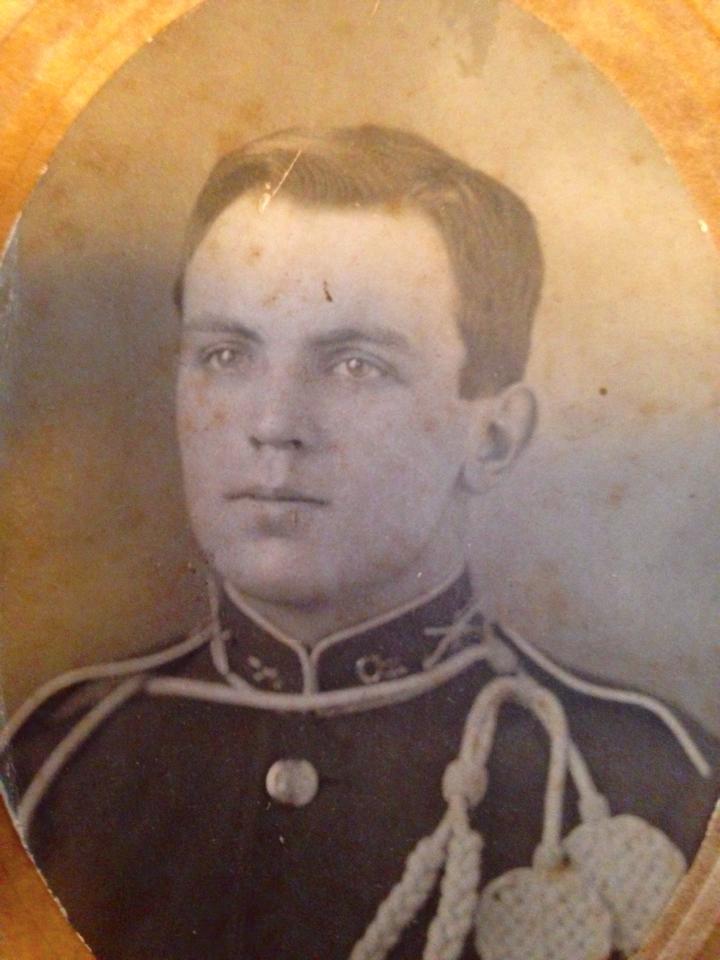