I have a new third cousin once removed that I will write about next week. This week someone wrote me. I had been 2 years since she had written. There was a good reason for not writing.

She is related to this Alice.

I had written about this Alice on this blog. She is NOT Michael’s birthgrandmother even if I thought at first she might have been. Alice was a very common given name in the late 1800s and early 1900s.

If I write about Alice Lagasse this morning it’s because I got the green light to post this picture. It’s her son’s wedding picture shared in 2012 by one of my readers. 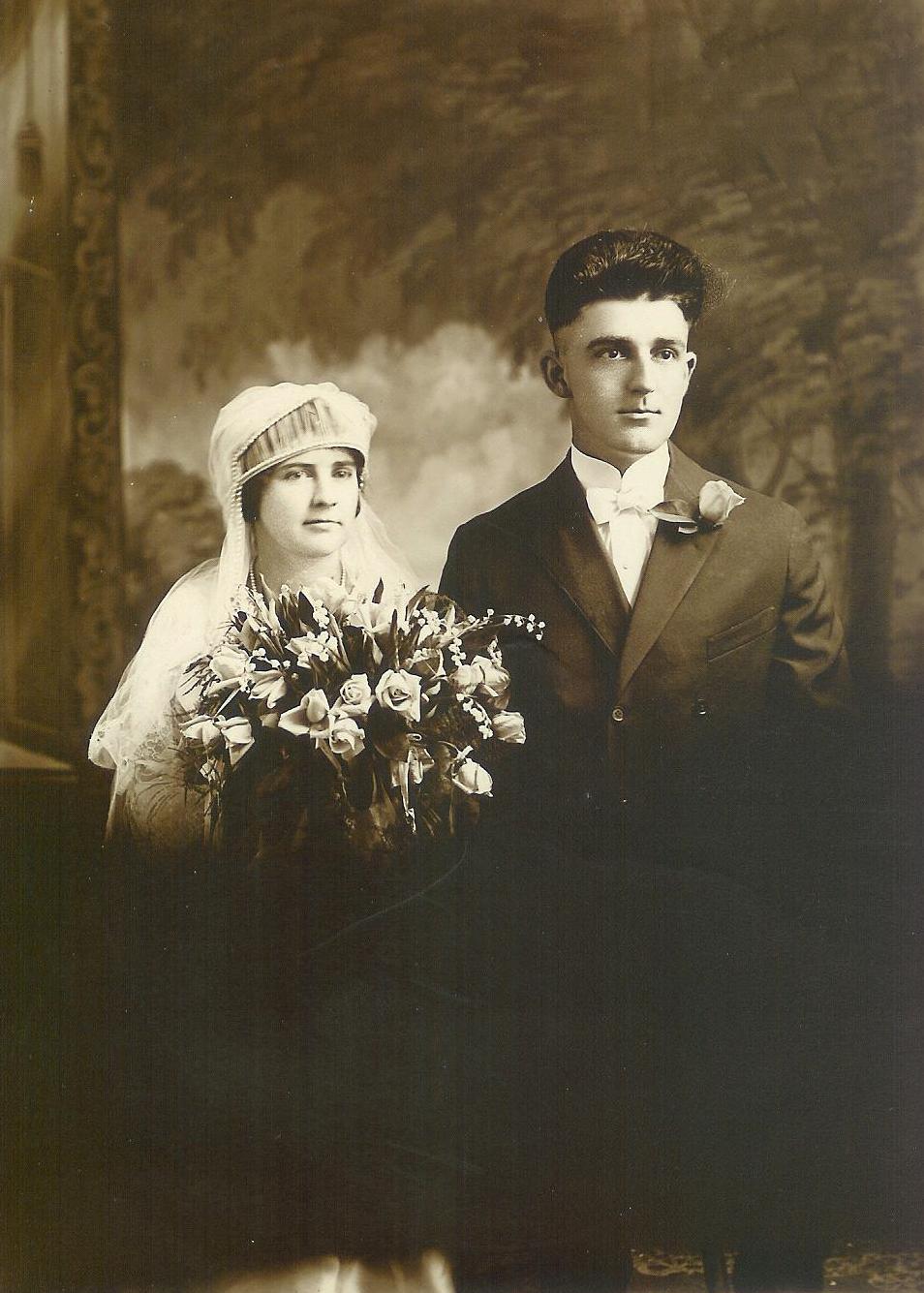 Frobe Caron was a third cousin once removed. He married Evelina Couet. They had at least these children.

If you are related, then you should write to me like Patricia did last month about the Alexandres and the Malloys.

I believe that Philomene Alexandre and Thomas Malloy are the great grandparents I have been searching for. My father was Francis J Malloy who was son of Ada Pendlebury and Thomas J Malloy. He was placed in an orphanage in 1914 so little is known about his family. Would you share any information you have.
Thank you,
Patricia