When I was looking for my grandfather Leo’s ancestors, I found to my big surprise that he was living in Hartford, Connecticut with his father Stanislas, who called himself Dennis, and his mother Henriette Alexandre, who was Harriett.

Censuses are so precious to find clues about your ancestors if you know how to use them.

Léo was living with his older brother Adlore (Adélard) born in 1880. Léo was born in June 1888 and he was the last of the children.

In the 1900 U.S. census, I found out that Harriett (Henriette) had 13 children with 6 still living. That I did not know.

Click on the image it will appear in another window

Friday morning, while looking into the register of Notre-Dame-des-Anges parish in Notre-Dame de Stanbridge, I found the 13th child.

This closes  the chapter about the children of Stanislas Lagacé and Henriette Alexandre.

You can ask me to visit my genealogy site and see the file of Stanislas Lagacé. From there you can access all of his children’s files.

Next time, I will tell you about Pierre Lagacé, Stanislas Lagacé’s granduncle.  Some of his descendants went to the United States.

Almost three years later I have climbed all the way up on some branches of my family tree.

The first child of Dennis and Harriett was Anthony Lagasse born in Vermont in 1863. He was named after his grandfather Antoine-Nicolas.

Anthony could be on this picture with his first wife Delia Bertrand.

I say could be because I don’t know for sure.

All I know is that the picture was taken around 1905 plus or minus a few years. At first I thought it was Dennis II with Harriett. Now I know this is not the fact.

The man looks very much like a Lagacé and he ressembles the man on this picture. 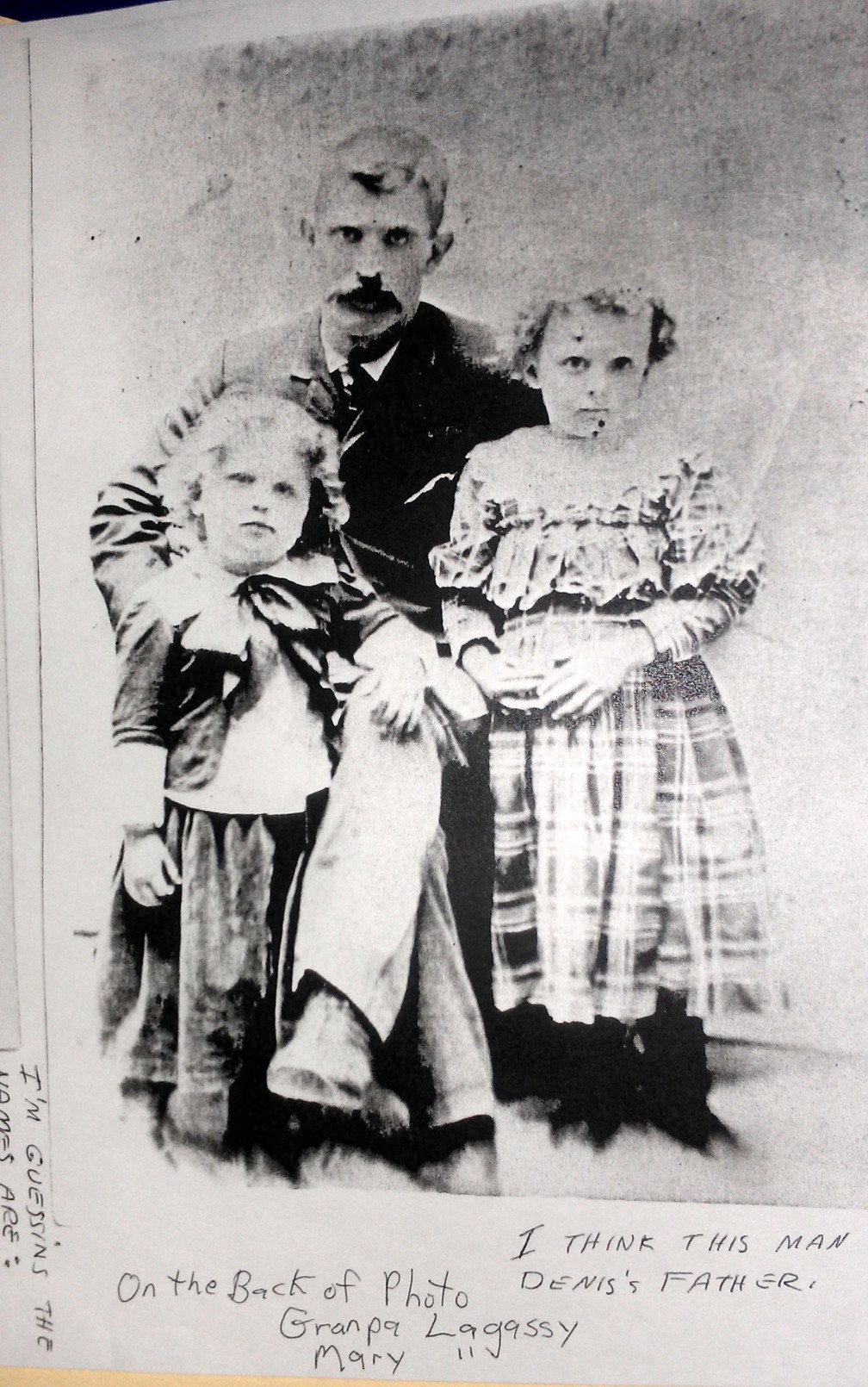