Sent by my 3rd cousin Joe whose 8th grandaunt’s husband is Jean Nicolet. 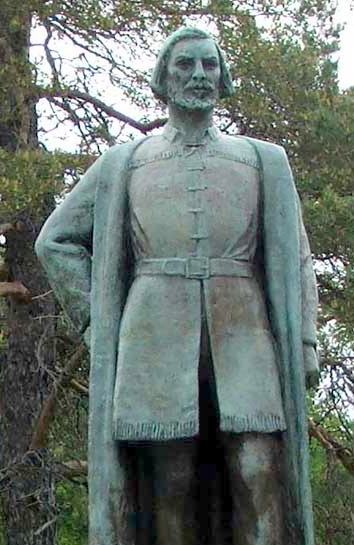 Young people have theirs, now Seniors have their own texting codes:

* BYOT – Bring Your Own Teeth

* CUATSC- See You at the Senior Center

* FWIW – Forgot Where I Was

* LMDO- Laughing My Dentures Out

Why I get so excited about history?

I just can’t get enough.

That’s what Jean Nicolet, who was until Sunday an unknown ancestor of mine, said the first time he met the Winnebagoes… 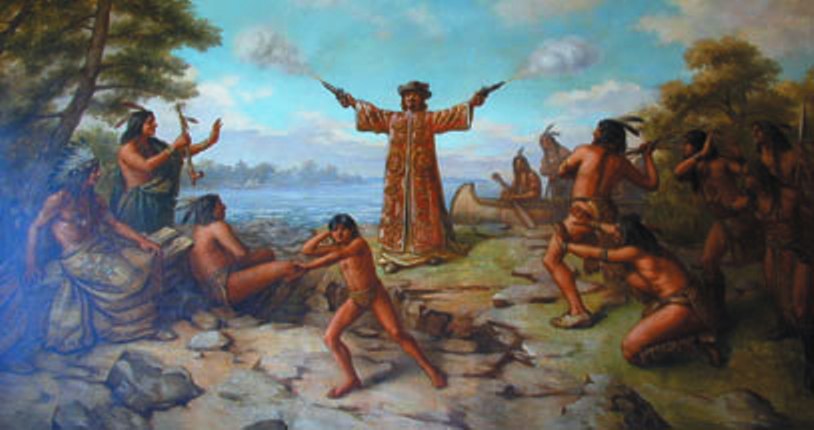 Jean Nicolet was intelligent, courageous and endowed with a talent for Indian diplomacy. Early in July of 1634 the young Frenchman and his entourage of seven Hurons embarked from Québec in canoes. They arrived at the area of Red Banks in late summer or early fall. As he cruised the western shore of the bay the Indians call La Baie des Puants – the Bay of Stinking Waters, Nicolet learned the exotic people he sought were only a few hours away. Preparing for his moment of discovery, he donned a flowing damask robe embroidered in flowers and birds – garb befitting what he expected would be an appearance before the mandarins of the East.

The Puant people watched his approach from the eastern shore, high on the wooded slopes of Red Banks, north of present Green Bay. Nicolet stepped ashore, raised his arms and discharged two pistols into the air. The History of Northern Wisconsin describes the event as such:

The squaws and children fled, screaming that it was a manito, or spirit, armed with thunder and lightning, but the chiefs and warriors regaled him with so bountiful a hospitality that one hundred and twenty beaver were devoured at a single feast.

The whole story is here…

NICOLLET DE BELLEBORNE, JEAN, interpreter and clerk of the Compagnie des Cent-Associés, liaison officer between the French and the Indians, explorer; b. c. 1598, probably at Cherbourg (Normandy), son of Thomas Nicollet, king’s postal courier between Cherbourg and Paris, and of Marie de Lamer; drowned 27 Oct. 1642 at Sillery.

Nicollet arrived in Canada in 1618, in the service of the Compagnie des Marchands de Rouen et de Saint-Malo. Like Marsolet and Brûlé, he was intended to live among the Indian allies in order to learn their language and customs and explore the regions they inhabited. Nothing is known of his education or temperament, except this remark of Father Vimont in 1643: “his disposition and his excellent memory led one to expect worthwhile things of him.”

Champlain, at the time of his explorations, had established relations with the Algonkins in the upper reaches of the Ottawa (Outaouais) River. It is presumed that, in his desire to strengthen the alliance that was only just taking shape, it was Champlain who instructed Nicollet, the year he arrived, to go and spend the winter on Allumette Island. This place was the rallying point of the great Algonkin family commanded by Tessouat (d. 1636). The island was located at a strategic spot on the Ottawa River, the fur-trade route. It was important, for the sake of trade, that the tribes living on the shores of the Ottawa should be friendly with the French. Nicollet stayed two years at Allumette Island, and carried out his mission very well. He learned the Huron and Algonkin languages, lived the precarious existence of the natives, came to know their customs, and explored the region. They were not long in accepting him as one of their own. They made him a chief, allowed him to attend their councils, and even took him among the Iroquois to negotiate a peace treaty.

Nicollet returned to Quebec in 1620. He made a report on his mission and was given another: to make contact with the Nipissings who lived on the shores of the lake of the same name. These Indians were each year assuming a more important role in the fur trade, acting as intermediaries between the French and the Indian tribes of the west and of Hudson Bay. It was Nicollet’s task to consolidate their alliance with the French, and to see that their furs did not find their way to Hudson Bay.

In the summer of 1620, Nicollet went to the country of the Nipissings for nine years he was to live among them. He had his own lodge and a store. By day he traded with the Indians of the various tribes that were on their way to the shores of Lake Nipissing, and questioned them about their country; at night he noted down what he had gleaned. These “mémoires” of Nicollet, unfortunately lost today, have come to us in-directly through the Relations. Father Paul Le Jeune, who was able to consult them, drew upon them in order to describe the customs of the Indians in that region.

When Quebec was captured by the English in 1629, Nicollet, who was loyal to France, took refuge in the Huron country. He thwarted all the English plans to get the Indians to trade with them.

Nicollet appeared at Trois-Rivières and Quebec in 1633. He asked permission to set himself up at Trois-Rivières as a clerk of the Compagnie des Cent-Associés, and his wish was readily granted. Before taking up his new duties, however, he was requested, no doubt by Champlain, to undertake a voyage of exploration and pacification among the Gens de Mer, also called Puants, Ounipigons or Winnebagoes. These Indians lived at the far end of Green Bay (Baie des Puants), surrounded by Algonkin tribes with whom their relationship was somewhat cool, where the fur trade was concerned. An alliance between the Gens de Mer and the Dutch of the Hudson River region was to be feared. It was necessary to restore peace as soon as possible in this area. Nicollet was also supposed to use the trip to check the information that he had gathered concerning the China Sea, which according to the Indians was near to Green Bay. Nicollet therefore provided himself, before his departure, with a robe of Chinese damask, liberally strewn with flowers and multi-coloured birds.

Nicollet set out in the summer of 1634, probably in mid-July. He followed the traditional Ottawa River route, branched off at Allumette Island in the direction of Lake Nipissing, then went down the French River (Rivière des Français) to get to Lake Huron. On the way he recruited an escort of seven Hurons. He headed for Michilimackinac, entered Lake Michigan, and reached Green Bay. Attired in his damask robe, he momentarily struck terror into the Winnebagoes, who took him for a god. He assembled 4,000 or 5,000 men, grouping together the different tribes of the region, and, while smoking their long-stemmed pipes, they concluded a peace.

Nicollet had attained the first objective of his journey. Unfortunately, he had not found the China Sea. In a fruitless attempt to do so, he went down the Fox River (Rivière aux Renards) as far as the village of Mascoutens, three days’ distance from the Wisconsin River, a tributary of the Mississippi. A thrust southward, towards the Illinois River, was scarcely more rewarding. Probably disappointed by the incomplete success of his mission, he returned to Quebec in the autumn of 1635. It is none the less true that he was the first white man to explore the region now known as the American Northwest.

Nicollet settled finally at Trois-Rivières, as a clerk of the Compagnie des Cent-Associés. He received, “in common with Olivier Letardif, a grant of 160 acres of wooded land in the outskirts, 23 May 1637.” It may have been at the same period that he obtained, in co-ownership with his brother-in-law Letardif, the Belleborne fief, which was probably on the Plains of Abraham, at Quebec. In October 1637 he married Marguerite, daughter of Guillaume Couillard and Guillemette Hébert, by whom he had a son and a daughter. The latter, whose first name was Marguerite, became the wife of Jean-Baptiste Legardeur* de Repentigny, a member of the Conseil Souverain. Until his death, Nicollet stood out as a leading figure in the little town of Trois-Rivières. The noteworthy services that he rendered to the colony, and his knowledge of Indian languages and customs, earned him the respect of everyone.

The Jesuit Relations often speak warmly of his exemplary conduct; unlike the majority of the coureurs de bois of his day, Nicollet appears al-ways to have lived according to the principles of his religion. In 1628, however, he did have an illegitimate daughter, probably born of a Nipissing Indian woman. In 1633 he asked permission to stay at Trois-Rivières, “to assure his salvation,” wrote Father Le Jeune, “by the use of the sacraments.” His greatest joy, in the spare moments that his duties allowed him, was to act as an interpreter for the missionaries and to teach religion to the Indians.

Nicollet died prematurely in 1642 at Quebec. While he was temporarily replacing the head clerk of the company, his brother-in-law Letardif, he was asked to go with all speed to Trois-Rivières to save an Iroquois prisoner that the Hurons were preparing to torture. The shallop that was taking him to Trois-Rivières was over-turned by a strong gust of wind, near Sillery. Being unable to swim, he was drowned.

I had studied to become a history teacher back in the 1960s. 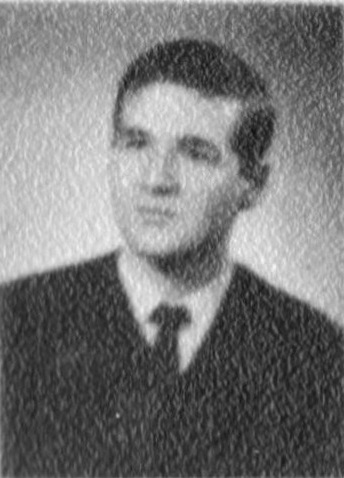 In my 34 years of teaching I only taught history for two years.

I think I miss teaching…

To learn more about Jean Nicolet and others click here.

Next time, how am I related to Jean Nicolet, who in my history book, is the “grandfather of Wisconsin?”

Of course I know Charles de Langlade is considered the father of Wisconsin, but I am not related to him and this is my blog.

Now are you also a descendant of Jean Nicolet or of this man? 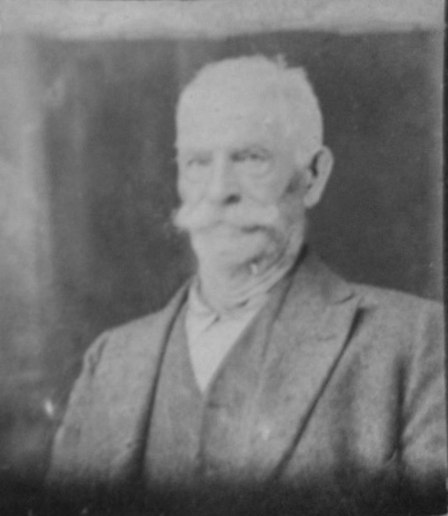