Sylvia Elizabeth Bleau was the one who wrote the caption on this picture.

She only had one brother. 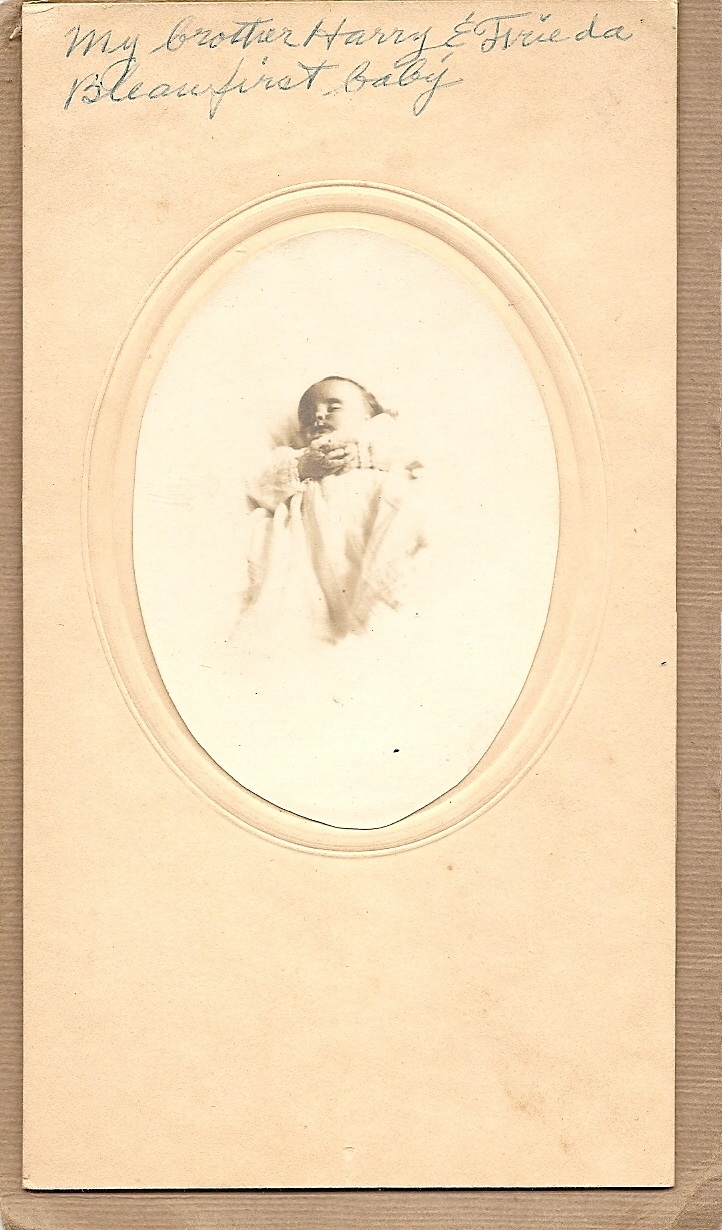 Like I said yesterday I did not pay to much attention to this picture. There were so many pictures that Robin had scanned to look at.

There is one I had could hardly look at when I first saw it.

There was no caption so I did not make the connection at first.

Fredrica Beau is one of so many infants who died at a very young age leaving no one to remember them.

Her ancestors were from French-Canada and Germany.

Her grandfather Frank Kamenski was a barber of German descent. Her grandmother Anna Freidel also.

2 thoughts on “My Brother Harry”