Frank Archambeault, a distant cousin of mine, scanned and sent me two weeks ago several tintype pictures of the Archambeault family to share with you.

Frank has fond memories of his grandmother Myra Alexandre who, back in 2010, was that unidentified young woman on the right on this picture sent in 2010 by Sandy, another distant cousin. Back then they were known as Bristol late 1890s’ sisters. 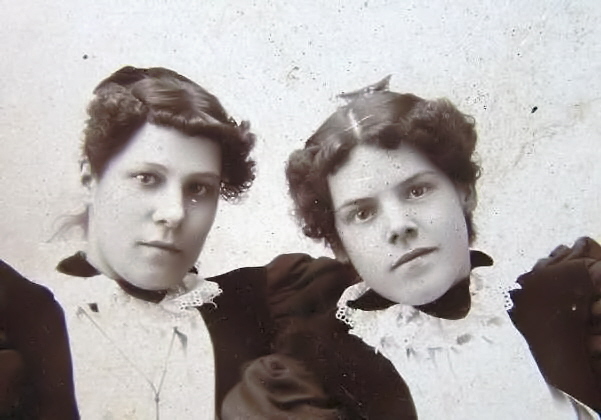 There is another young woman on this tintype picture who is just begging to be identified.

She is on the left in the first row.

I presume all these young women are Archambeault sisters.

This is another picture Frank sent me. The young lady had a very familiar look.

Could she be Mary Archambeault, one of several daughters of Jean-Baptiste Archambeault and Emilia Mercier whom we see here in another tintype picture with their children? 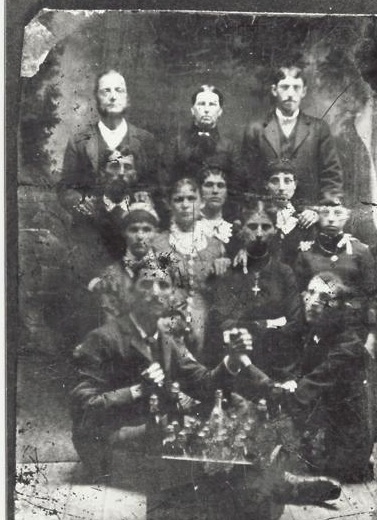 Mary would be on the right side just under the young man in the last row with his hand on her shoulder.

By looking at this next picture Robin had scanned last year, I think I recognize Mary.

Mary Archambault and Arthur Ashley were Ida Ashley’s parents. Ida is the bride on this picture. Leo Combe is the groom.

Someone once told me that tintype pictures were a mirror reflection, but I don’t remember who told me that.

So this would be the real Mary Archambeault… 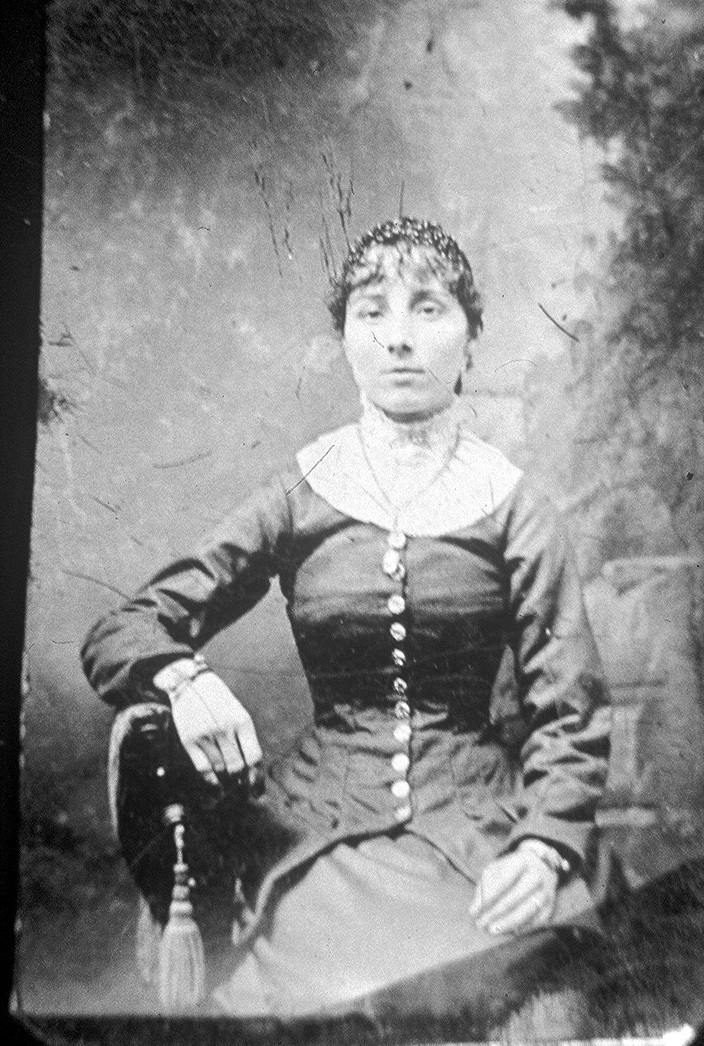 Whether my theory is correct or not, where do you think Arthur Ashley was on this picture taken on Ida Ashley’s wedding day?

Arthur Ashley is probably the man in the back on the right side because the man on the left side is Victor Combe, the groom’s father. The old man in the second row on the extreme left is Jean-Baptiste Archambeault, the bride’s grandfather.

One thought on “Miss Mary Archambeault… I Presume…”