Coming back for more…

I hope I did not keep you waiting…

Nothing extraordinary about that, unless you take a closer look at Alice’s and Amelia’s features. Amelia looks a little bit like her father Jean-Baptiste Alexandre.

This is Jean-Baptiste Alexandre known as young man 1 back in  2010. 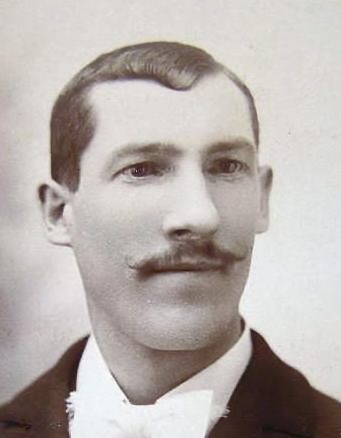 This is a younger Jean-Baptiste.

This picture was sent by someone a few months ago because he had recognized this next picture Robin had scanned.

He also had this older Jean-Baptiste Alexandre’s portrait.

I figure that Alice looks a lot like her mother Caroline Ménard.

When Fran, Alice’s grandchild, told me she had a wedding picture, I first thought there would be a lot of people on it like this picture I have in my collection about another unrelated family.

There were only four. But that’s okay because now we know how Caroline Ménard looked like.

Fran told me she did not know who the groomman was.

I think I found out who he was.

This picture is one of the 100 pictures Robin scanned last year.

I know you will come back for more.