I was watching my inbox…

I just could not believe how fast she was sending them.

These are only a few…

They are tin photographs.

I told you she had a lot of precious pictures…

Now the fun is just starting.

I wonder if Robin’s husband likes Canadian football. He should, he has French-Canadian roots.

Then the floodgates opened wide…

Remember this picture Sandy had sent me last year…

Well, this is what Robin had.

It’s part of her collection  of old pictures she has.

This picture is more than 100 years old, most probably taken before 1900.

Sandy had the same picture but with no names.

Since we did not have any names, Sandy had this theory that the pictures were put clockwise according to what we knew about the birthdates of the daughters.

Sandy and I were half right… about Phoebe who is really Philomène, Philomene Lagasse’s eldest daughter.

Robin knows a lot more about that branch of the Alexandres’ descendants.

Agnes Alexandre was one of Robin’s husband’s ancestors. 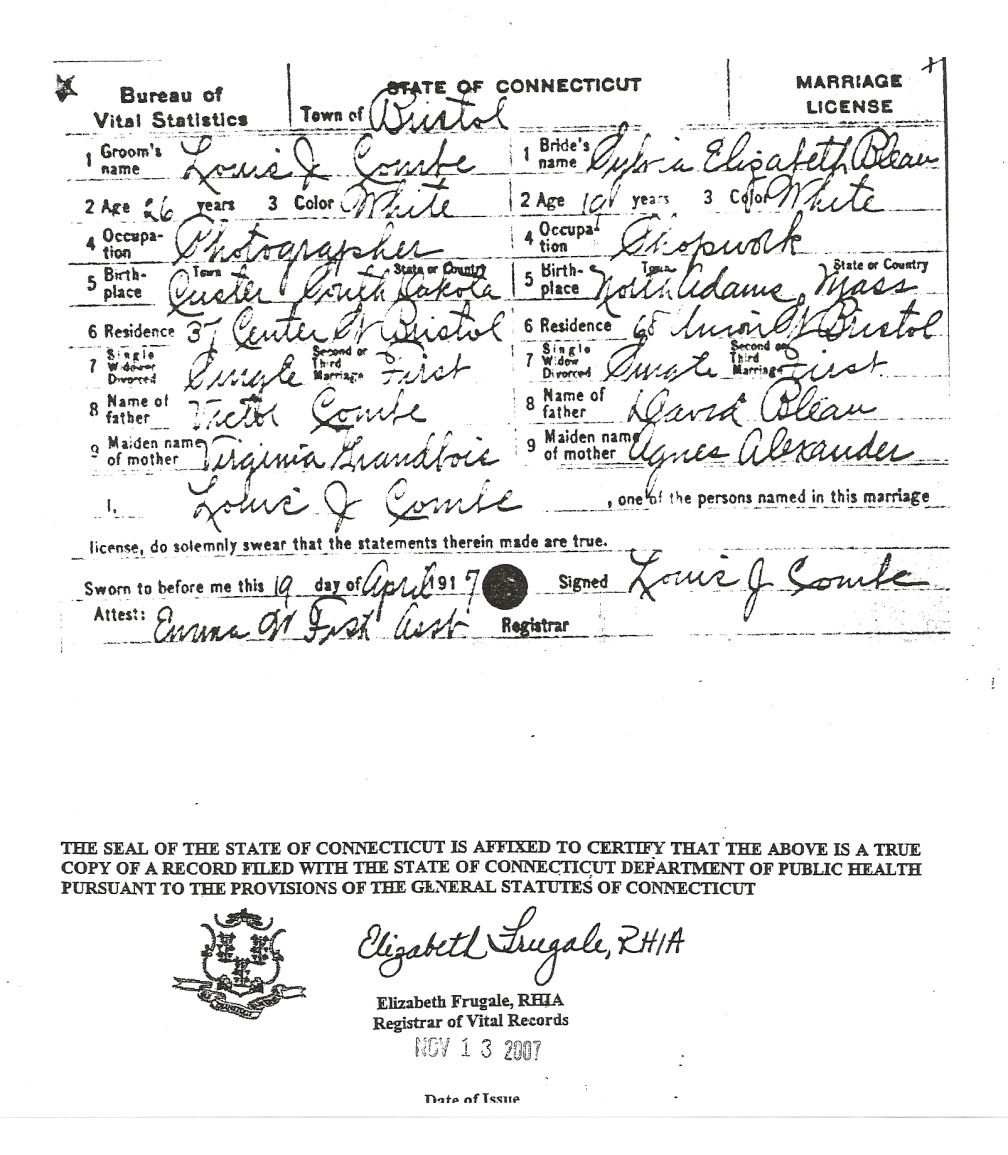 Louis Joseph Combe was a photographer…!

This document is precious and has more information about Robin’s husband’s ancestors.

Robin has a lot more pictures and she is willing to share them all so we can reach out for other descendants.

So we will going back in times next time.

It’s going to take a lot of time…

But we have a lot of time on our hands.

This is the main reason why I started this English version of my blog about genealogy.

Yes, there is a French version with close to 1000 articles. This version has only 208 articles.

I share what people shared with me about their ancestors.

This has been such a great journey into the past.

And it goes on reuniting people.

And it will go on and on and on…

That’s what we believe they are.

Sisters… but the names could be wrong.

Very usefull indeed… when your looking for more information about your ancestors.

If you live in the U.S. and your name is somewhat Lagasse or Le Gasse, then you are missing a lot.

Remember Harvey Louis Lagasse Jr, the bombardier aboard a B-24.

This is his father’s registration card…

Harvey Louis Lagasse Sr. and I have the same birthdate, but not the same year…

We also see this… in the back of the card.

Brown eyes and loosing most of my brown hair.

Getting back to Harvey…

Harvey Senior was the son of Louis Lagasse.

Louis Lagasse was the brother of my great-grandfather Dennis II whose real name was Stanislas Lagacé.

Louis Lagasse was born in Notre-Dame-de-Stanbrige in Missisquoi county in the province of Quebec on January 1st, 1854.

This is his baptisimal certificate.

His godfather was Louis Trudeau and his godmother was Flavie David.

Dennis or Stanislas was 11 when his brother was born.

I know a lot about them.

One of them was Philomène Lagacé.

Her nickname was Libbie.

Thanks to Sandy and Joe I found a lot about her.