My ancestor’s son built this…

This reply comes from reading an old blog I found on your site dated March 18, 2008 THE HOUSE OF CHAUMONT STE ANNE DES PLAINES.

In this article you speak of Toussaint Belisle as being the local custom contractor to have built this house. I would just like to add, for any one who might be interested in knowing, that Toussaint Belisle an entrepreneur had three other brothers also, Léon, Élie, Frederick Belisle seen named as entrepreneurs in the area of Ste-Anne-des-Plaines and Montreal. They were the sons of Jacques Belisle and Elmere Therrien of Ste Anne’s. Leon Belisle also known as Leon Despatie was my great-grand-father.

Thru your blog that I just read today, I found out something I never knew and that was Toussaint was a home builder in Ste Anne’s and it would be neat to know if his brothers helped him on this one.

Well that’s all from me for now. I thank you for taking the time to read this and hope it gave some information that might be helpful to others.

After searching and searching, Ron and I think that another Toussaint, the son of George Bélisle and Olivine Bélisle, was the builder. He built also this house on Third Avenue…

Ron is with his uncle Paul

Ron has some expertise in old houses restoration and he noticed something quite interesting while examining la Maison Chaumont, the house on Third Avenue and also this one. 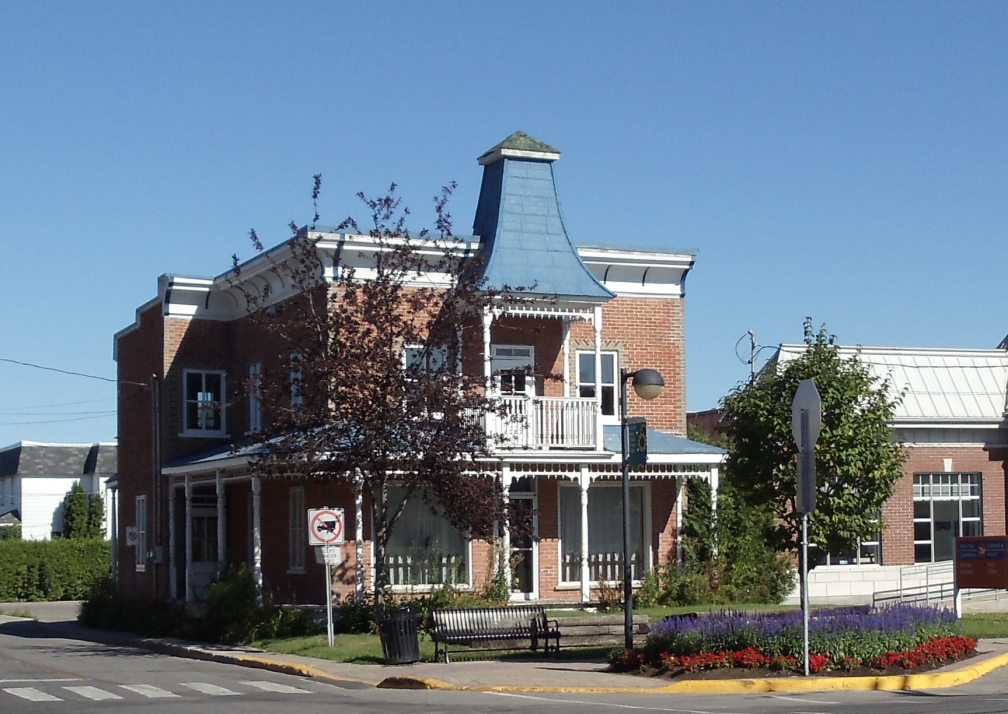 See you next Monday.